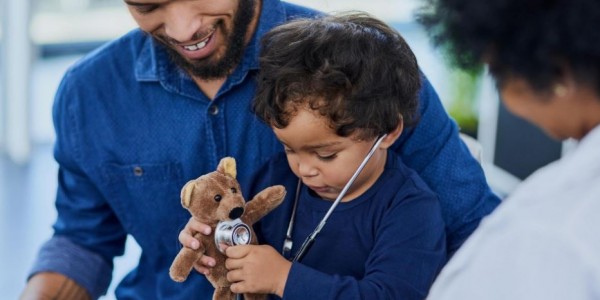 Florida has the second-highest number of uninsured children under the age of 6 in the U.S.

When a 2018 report revealed that 42% of the state’s pre-kindergarten students were unprepared for kindergarten, Gov. Ron DeSantis called on the Florida Department of Education to develop an improvement plan to address the crucial need for quality early learning.

But given the growing rate of pre-K aged children without health care coverage, it’s a cart before the horse scenario.

The case for quality pre-K is steadfast, but if children are absent with a persistent cold, or cannot hear well because of an undiagnosed ear infection, those investments may be wasted.

“This trend is concerning and should alarm anyone concerned about young children in Florida. After nearly a decade of progress reducing the uninsured rate for children, more of Florida’s babies, toddlers and preschoolers are missing out on a critical building block for success in school and life,” said Maggie Clark. She is a senior state health policy analyst at the Georgetown University Center for Children and Families and co-authored a recent report on the rising uninsured rates among children younger than six.

More than half of uninsured children live in just seven states.

After Texas, Florida is home to the greatest number of them, with 76,000 uninsured.

For the first time since the full implementation of the Affordable Care Act in 2014, the number of uninsured young children is back above 1 million nationwide.

In 2016, the rate of Florida’s young children without health coverage reached a historic low of 4.7%. In just two years, it jumped to 5.6%.

What’s especially troubling is the uniquely vulnerable nature of this age group. During the first years of life, children need routine care as their bodies and brains quickly develop.

From birth to 6, the American Academy of Pediatrics recommends 15 checkups to screen for things like sight and hearing, to follow vaccine schedules for disease prevention, and to treat the inevitable fevers and falls that mark most childhoods.

Without coverage, the likelihood of early intervention decreases, putting healthy development at risk.

Having reliable health care coverage is linked to everything from lower rates of depression to better outcomes at school and increased earnings in adulthood.

Without it, early learning can be interrupted or compromised altogether.

In a time when unemployment is low, the assumption might be that parents are gaining health insurance through their workplace, but “the overall conclusion is that there hasn’t been growth in employer-sponsored coverage,” Clark said.

In Florida and other states that have not expanded Medicaid to parents and other adults under the ACA, the numbers of uninsured young children are highest and are expected to climb.

That’s because when parents signed up for health coverage in the marketplace, they would learn in the process that their children were eligible.

That’s especially true when guided by health insurance navigators, but funding for them has been pared down to a mere fraction of what it once was.

“Navigators worked all over. They were going to libraries, hospitals, and family events,” said Clark.

“It’s up to Florida policymakers to make health coverage for young kids and their families a priority, and reverse this troubling trend that threatens the future of the state,” she said.