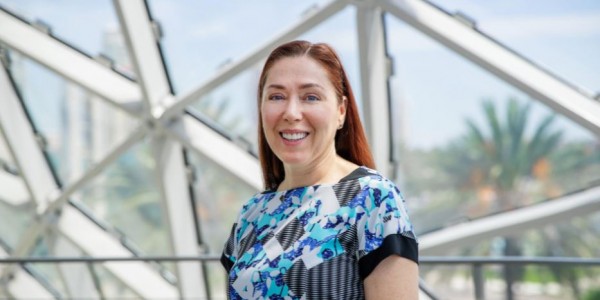 Aging in the Right Place: Creativity Can Set You Free

The Reinvention Convention, which is a collaboration between The Friendship Centers, The Osher Lifelong Learning Institute at Ringling College, and the Jewish Family and Children’s Services of the Suncoast, seeks to promote a lively discussion surrounding aging each year as part of a six-year series. Next year’s convention will focus on the brain.

At least that’s what we were told at the third annual Reinvention Convention, after being handed a plastic sandwich bag filled with six Legos. We each had 60 seconds to complete our masterpiece. A quick glance around the room confirmed what Kimberly Macuare, co-director of the Innovation Labs at the Dali Museum, had told us: No two ducks were the same.

Sometimes life imitates art. Turns out, what’s true for Legos can be true for people. This year’s theme for the convention was “Life Creativity: Practical Tools for Living Long and Aging Well.”

But wait, what does living creatively have to do with aging well? Turns out, quite a lot. In fact, embracing your inner Lego builder and discovering all the different ways you can build your own “duck” could be the difference between sputtering into retirement or making a splash.

“The fact that you’re here and the fact that you’re engaged means you want to learn how to be creative and what creativity will mean for your future,” said Larry Thompson, president of Ringling College of Art and Design, to a room full of people at the Osher Lifelong Learning Institute at Ringling College. “Study after study shows that engaging with creative efforts and lifelong learning not only increases your lifespan, but it also makes it so much better.”

Turning toward creative endeavors later in life isn’t a new idea — experts have championed the idea of art therapy for years as a way to cope with loneliness, depression, anxiety, and more.

A review published on the National Center for Biotechnology Information that examined 15 studies on the benefits of art therapy found that the majority of studies yielded significant improvements for participants in at least one of the following categories: depression, anxiety, mood, trauma, distress, quality of life, coping, cognition or self-esteem.

Another 2014 study originally published in The Gerontologist, part of Oxford Journals, found that older adults who participated in dance, music, theater, visual arts, and autobiographical writing reported a number of health benefits, including reduced doctor visits.

Luckily for us, it’s never too late to incorporate a little bit of creativity into our lives. And thankfully, you don’t have to be Salvador Dali to experience its benefits. You don’t even have to paint.

Hank Hine, executive director at the Dali Museum, said that a simple shift in perspective is sometimes all that’s needed to get the creative process rolling. He points to, for instance, what is called the “big toe exercise” at the innovation labs. People tend to start with the head first when drawing a portrait. This, according to Hine, brings out all of the bad habits and incorrect assumptions about human anatomy. But by starting with the big toe, you can shift your perspective and change the way your thinking is organized.

How many assumptions and bad habits have made their way into your routine as you’ve gotten older? Maybe it’s time to start with the “big toe?” Think about what makes you creative, Macuare said. Think about how it makes you feel. Do that.

After all, aging in the right place could come down to how many different kinds of “ducks” you can build.