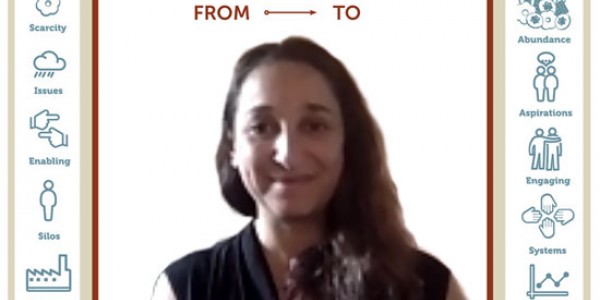 Harwood Virtual Lab Reflections: Harwood in the Time of Handwringing

John Ferguson, TPF fellow and all-around awesome human, said it best at our recent mid-lab workshop, "What a month this day has been." I agree. It seems that every day has been a day that feels like a month since March. Now, math is not my strong suit (just ask Mrs. Westover, my high school math teacher), but with that thinking, each month would be (or feel like) approximately 900 days. That's MORE than TWO YEARS.

Now just to keep it simple (again, math is not my strong suit), let's say that each month is ONLY two years long. Well, if each month since March has been two years long, then it feels like we've been living in this challenging and unprecedented stage of life for the last SIXTEEN YEARS! Now, this mid-lab workshop was only 90 minutes, but for those still trying to follow, that's basically TWO DAYS in this alternative reality, and for about 30 real-time minutes (a HALF day at least), my three-year-old is in the background begging for Parmesan Reggiano (she has a discerning palate). I'll admit it, I was overwhelmed.

And just as my challenges were feeling larger and more burdensome (will my toddler really be able to wear a mask throughout a school day? And why won't she eat Kraft singles like every other kid in our neighborhood?), someone on the zoom throws out this word, "smallify." Suddenly, this more hopeful idea shifts into focus. For curious minds, is smallify a real word? I don't know. I heard a rumor that it may be a "Debra-ism" (named after The Patterson Foundation's CEO Debra Jacobs; also not a real word). Regardless, both are fun to say, and "smallify" nicely sums up one of the key mantras to drive action that I've learned more about in Harwood's Virtual Innovator's Lab (thanks much to the generosity of The Patterson Foundation).

Smallify – it means start small to go big. It reminds me of a relatively new song, "Start Small, Think Big" by Michael Franti. Have you heard it? If you haven't, here's a link: https://www.youtube.com/watch?v=M8HoGOBrLzk

Seriously, play it in the background.

Never has a song been more anthemic in my life and work. I had heard it before starting The Harwood Institute's Public Innovator's Lab, but now, I'm hearing it with new ears. It's like walking in someone else's shoes… but with ears. I'll admit, that analogy is lousy, but this song and its message are excellent.

Are you playing it now? If so, I dare you not to start singing along with the chorus: "Start small, think big. Ain't no other better way to live. If you think big and start small, you ain't got to have a lot to have it all. Slow it down, take your time, cause the sun shines on us all. Start small and think big, y'all."

It's sticky, right? Besides being ear candy, the message is important. Feeling overwhelmed globally? Start by taking action on a local level. This idea of starting SMALL to go BIG is a big idea. It's as big as a day that feels like a month. And rather than dwelling in deficits, it's fueling me with possibility and hope. Whether it's taking the first step on a new community initiative or tackling the mess in my kitchen by washing the first spoon, it's the strategy I plan to employ as I continue to turn outward in the time of handwringing.