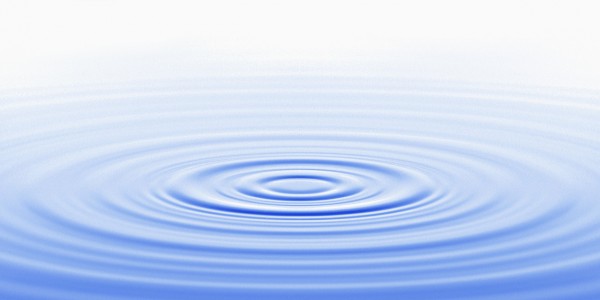 Last summer, I was invited to be part of an initiative started by The Patterson Foundation -- Aspirations to Actions -- that is engaging people in Southwest Florida through The Harwood Institute for Public Innovation's unique approach. The Harwood Institute's process -- which develops Public Innovators -- is aspirational and inspirational. It is built on the understanding that community change blossoms from within the community, when people truly listen to each other and envision together how they can move toward their vision.

Johnette Isham and I became the liaisons to The Patterson Foundation for the Manatee Public Innovators Group and assembled six more people representing different aspects of our community to work with us. We all attended a training orchestrated by The Harwood Institute in August, which opened our minds to a lot of fresh ideas about community engagement. We started working together. But that isn’t the point of what I’m writing here.

The real enrichment of being involved in this process started to dawn on me as I pursued my actual work as a leadership consultant. My work has always been based on bringing out the best in people, encouraging reflection and evolution of ideas, and awakening people’s understanding of their own power to imagine and create. I’ve been fortunate enough to be acknowledged as a leader in the work I do.

I know that life is a journey of learning --cradle to grave. The potential of all of our minds is infinite; there is no limit to learning and seeing more, no matter how much we think we know. Even knowing that, I didn’t start out with The Harwood Institute's methodology to improve myself as much as to serve others and build strengths in my own community. Yet I turned out to be a major beneficiary.

Reflecting on a recent consulting engagement, I realized how much The Harwood Institute's approach had permeated into my work and elevated my confidence in the process of aspirational conversations. I saw that people coming together around small, possible changes --- those they found both inspiring and immediately accessible -- was the pathway to setting and achieving larger goals.

I saw that incremental change, undertaken with energy and enthusiasm, is a valid outcome. I saw the Harwood notion of “smallify” — picking something simple that can be accomplished readily but that will engage and attract others and stimulate further ideas — is incredibly powerful. The term “smallify” had at first seemed to me to suggest underestimation, a reduction of a great idea that might be hard to do to good ideas that would be easy to do. At first, I had missed the revolutionary nature of smallify.

Why is it revolutionary? People often gather together to dream big dreams and then may feel deflated and disappointed when they encounter obstacles or realize how complex and difficult their plan has become. Many false starts at community change begin with wonderful big ideas that are far beyond the reach of the group that thinks of them. When the group realizes it has to raise money, or persuade government entities, or bring in a lot more people, the ideas tend to drift into wishful thinking rather than surge into action.

With my clients, I still encourage big dreams and envisioning plans for long-term accomplishments. Of course, they all want to do that. My facilitation, though, has changed. I don’t stop there and let them believe that they are so inspired and so enthusiastic that it will surely work out. I start asking about something small, a fresh step in the direction they want to go -- something that they could do right now.

If the big dream is to beautify a city, could they start by painting a few park benches imaginatively or creating a landscape in a visible barren space or putting a decorative fence around a community center? Could they do one small, visible thing that would get people talking, that would help others see that they, too, could do one small thing, and then all those small things would start to add up to major steps in the direction of the larger dream? Ordinary people accomplishing small meaningful things would change the tone of the conversation across the whole city. It would change wishful thinking to hopeful thinking, and to positive action.

I recently facilitated a joint meeting between two groups that had been engaged in a parallel journey but wanted to collaborate more deeply and share their endeavors. As I listened to them, I saw that they had been trying for a decade to do big things, and they could never get from the ideas to execution. As the conversation evolved, they started thinking about simple steps, things they could work on together right after this meeting ended, that would make a difference. They picked one small thing to start and made a plan to get it done immediately. Then they chose a leader and decided to meet regularly to think of the next small thing, and the next. They left the meeting smiling and laughing together, with renewed excitement about their work. “I am so relieved,” one of them said. “I know we can do this plan. Things are going to start happening.”