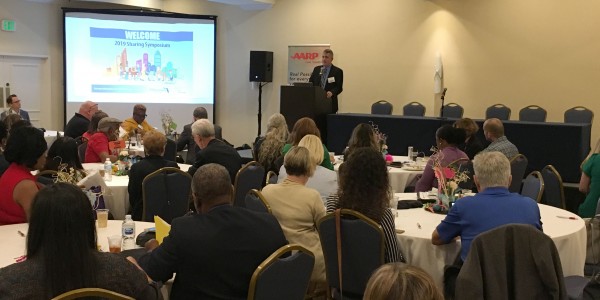 Posted on May 20, 2019 by Bob Carter
I was a teenager in the 1960s when the environmental movement in the U.S. started taking root. In my community, it was called an anti-littering campaign, and I remember helping to pick up trash along roadways. Thankfully, we now have a strongly embedded, though still much challenged, environmental movement whose level of success has vital implications to our habitat and well-being.

Fast-forward to the new millennium, where another movement is now starting to take root. This one is the Age-Friendly movement whose origin may be 2007 when the World Health Organization (WHO) published a global guide to age-friendly cities. It was in response to the rapid aging-related demographic shifts taking place worldwide. Nationally, AARP launched its Network of Age-Friendly Communities in 2012 under the auspices of the WHO.

Now comes some local pride points with the creation of Age-Friendly Sarasota (AFS). In 2015, Sarasota County became the first community in Florida to join this worldwide effort with a proclamation from the County Commission and the integral support of The Patterson Foundation. With the goal of sharing this vital effort with other communities throughout the state, AFS created a forum aptly named the Age-Friendly Sharing Symposium. With the collaboration of AARP Florida, this inaugural symposium was hosted in Sarasota in 2016 with communities invited from throughout the state to mutually connect, learn, and share.

Fast-forwarding again to May 2019, the 4th Annual Age-Friendly Sharing Symposium — assembled in Miami — was presented by AARP Florida, Florida Department of Elder Affairs, and the Miami-Dade County Age-Friendly Initiative. The surprise-opening speaker was Lt. Governor Jeanette Nunez who proudly spoke of Florida joining the movement as only the fourth-in-the-nation Age-Friendly State (first in the Sunbelt). Other star-studded speakers from the field of aging included Jeff Johnson - State Director of AARP Florida, Richard Prudom - Secretary of Florida’s Department of Elder Affairs, Sandy Markwood - CEO of the National Association of Area Agencies on Aging, Danielle Arigoni - Director of Livable Communities for AARP National, and other important contributors. More than 100 participants (with many new faces) representing cities and counties throughout the state again gathered together to connect, learn, and share.

I’ve personally been around the Florida Aging Network for more than 30 years and have never experienced such an acceleration of positive energy towards a common purpose. Synergistic collaborations are expanding in many directions. Public and private entities who never talked to one another now are, and we taxpayers are getting a significantly better bang for our buck. Make no mistake – the Age-Friendly Movement is still in its infancy, but thankfully now growing at an impressive pace to the benefit of us all. This level of momentum needs to continue, and much of the grass-roots work of embedding age-friendly in our local communities remains to be done. Governments, nonprofits, businesses, the media and all of us have an important stake and role in this.

Together, we must keep it going!