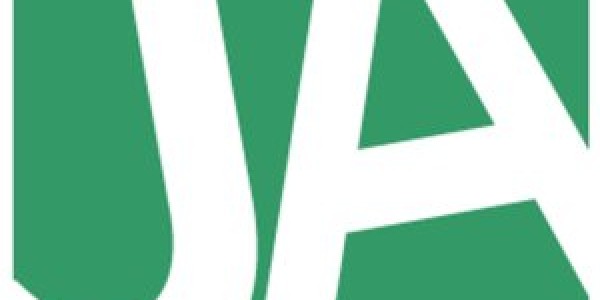 Throughout my career as a newspaper journalist, whether I was working at small community papers or larger metros, one part of the culture remained the same:

We don’t brag. We don’t claim credit. We let the story speak for itself.

Toward the end of my newspaper career, I began to understand the flaws in that thinking. It presumes that your community is following each incremental development over time and that they can see the larger picture emerge from those details. And it presumes that it is arrogant, or at the least immodest, to show the impact of your hard work.

Even though my mind grasps those concepts, it makes me uncomfortable to talk about the impact of my work. Somewhere deep down, I think people should just notice that for themselves and evaluate the value on their own.

But as I start to enter the last phase of the New Media Journalism Initiative (I’ll finish up my work in June 2013), the importance of sharing the bigger picture outweighs my discomfort. So consider this blog post my personal brag book, as I look back on work that began three years ago this month with a blank sheet of paper and has grown to touch on journalism innovation in some ways that I think are significant.

Helping entrepreneurs to connect and learn from each other.

From the beginning, I heard over and over again that the pace of innovation in journalism had created a “fog of war,’’ making it difficult for people to find those with whom they shared common interests and common problems. We’ve helped clear away some of that fog.

Three years ago, local independent news publishers didn’t get much attention from journalism educators, pundits or funders – and what attention they did get was often belittling. By working with Michele McLellan to enable the Block by Block Community News Summit , we helped raise the profile of these publishers so that others could see into the very good and serious work they are doing in communities all over the country. We also helped create a network of local independent news publishers, many of whom had believed they were in it alone, to allow them to share best practices and solve common problems.

Our work on creating connection among journalists began with the Journalism Accelerator, and I believe this project has potential to make a long-term difference in the way we learn about innovation in journalism.

This online collaborative community encourages what we have been calling qualified conversations; that is, these are conversations that have intention to them. With JA editorial director Emily Harris playing the role of moderator, the JA has hosted conversations about financial sustainability, political coverage, ethics and collaboration. Along the way, the JA team has built an impressive library of experts, tools and other resources that can help journalism innovators from a range of platforms and perspectives to do their work better.

These two projects have shown us the value of identifying communities of interest and then building focused, intentional conversations that help practitioners to get smarter and get better. Through this work, we’ve begun to see the parameters of that elusive concept called engagement, and we’ve come to understand that engagement is about far more than website visits and Facebook likes. In both of these communities, we’ve seen the value of digital tools married to human connection – smart tech plus high touch – in accelerating the learning curve and facilitating collaboration.

Identifying the business skills that can help entrepreneurs to become self-sustaining.

The ways that companies, governments and charities derive the revenue that sustains them is shifting in the digital age. Journalism, with its heavy reliance on print advertising to fund its work, just happens to be the canary in the mineshaft on those changes.

My sense was that no one understood enough about the financial challenges facing journalism startups. In most cases, these efforts began as passion projects created by folks with a deep knowledge of journalism and community but lacking in basic business skills. Trying to separate the question of whether hyperlocal journalism can be financially sustained from the issue of business inexperience among hyperlocal publishers was a tricky proposition.

The game change came when we focused intensely on 12 independent community publishers – people from different parts of the country and with different revenue models – and paired them with mentors that got deep inside their businesses. The obvious goal of Super Camp was to help these 12 publishers improve the chances of sustaining their work, but the real purpose was to deepen the base of knowledge about what skills the publisher community lacks and how best to help develop them.

We’re now working to spread what we’ve learned from this year of mentoring in a number of ways. We’re partnering with the Investigative News Network and the Knight Foundation to build the curriculum for an intensive business session this month that will provide coaching for 35 for-profit and non-profit community publishers. And we’ll be working with our Super Camp partners at the Knight Digital Media Center to create virtual learning modules built around our Super Camp curriculum, so that even more publishers can test the approaches we’ve found to be successful.

When we began our work three years ago, the conversation about how foundations could help enable not just good journalism but financially sustainable journalism was just beginning. Our pioneering Super Camp project has added practical experience about what can work to that important conversation.

I use the words ‘we’’ and “our’’ a lot in describing the work of the New Media Journalism Initiative, and that is quite intentional. The work is built solidly on a platform of collaboration and partnership.

It couldn’t have worked any other way; The Patterson Foundation is not a long-term journalism funder, and it isn’t staffed that way. I knew from the start that we would have to find partners in order to do work of any significance.

But what I’ve found is that not only did partnership make our work possible, it made it better. My core group of partners – Lisa Skube at the Journalism Accelerator, Michele McLellan with Block by Block and Vikki Porter at Knight Digital Media Center – got what I was trying to do right away, and they each made me smarter about how to do it. They have challenged me, taking my very raw ideas and building them into things far beyond my imagining.

Beyond that core group, I’ve learned from the Super Camp coaches, who challenged me to think about my own business in different ways; from the folks at Reynolds Journalism Institute, who encouraged me to work with two of their fellows (Lisa and Michele) and then brought me in as a fellow myself to expand on what I was learning about networks. The Patterson Foundation has given not one dime to the Investigative News Network, but INN Executive Director Kevin Davis has been an enthusiastic supporter of our work and has connected with us in imaginative ways to build on it.

Our partners made us stronger, smarter, better – and they will help ensure that our works lives on.

Leveraging both our intellectual and our financial capital.

I’ve often joked to those I’ve worked with in this initiative that, unlike most foundations, The Patterson Foundation doesn’t just write you a check – they give you me in the bargain, for better or worse.

When it comes to the check part, we’ve taken an approach different from most funders. Rather than give out grants, we’ve chosen our partners carefully and incubated the work over time. We’ve made iterative investments; we build an idea, test it, shape it, then invest a little more if the path seems promising.

This is the way the best innovation should work – a piece at a time. Because we’ve built iteratively, I’ve never once overshot a budget or financial projection. And the amount of money we’ll have invested by the time our initiative comes to an end in June 2013 will be very modest – around the same as the most recent round of the Knight Foundation’s News Challenge grants.

But there’s no question in my mind that part of what has made our experiments in journalism innovation work has been my up-to-my-elbows involvement. I’ve been able to see possibilities from one project or community and seed them into other work. I’ve been able to expand the networks of our partners by bringing my own professional network into play.

And I’ve been able to do what good journalists do: Ask questions, and care about the answers. I am not a community news publisher. I’ll never build a collaborative community like the Journalism Accelerator. But I care very much about the folks who are doing that work, and I’ve been able to demonstrate that concern by poking, prodding, asking hard questions, and responding to what I hear.

This work has been a joy for me every day, and I’m looking forward to working in this final sprint to ensure that we wring every drop of learning out of all of this work, and make sure that it lives on – both in journalism and in The Patterson Foundation’s ongoing work in other fields.