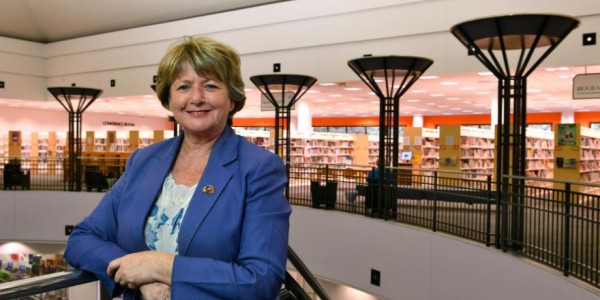 The Sarasota County library system enacted a new policy that will not charge fees on library items returned late. Of the patrons whose cards were blocked due to fines, about a quarter were kids under 18.

In a few weeks, over 13,000 people who were barred from using Sarasota County libraries will be able to check out books again.

The library system adopted a new no-fine policy, hoping to make the libraries more accessible for all residents. Charging late fees adversely affects low-income people, and can deter them from using the library at all, said Sarabeth Kalajian, the director of county libraries and historical resources, who is retiring at the end of the month.

About a quarter of the accounts that are blocked due to fines belong to children — a big motivator in the decision.

“Having the ability to come back to the library and access resources is a positive step for children to grow in their reading and education,” Kalajian said. “Crowds of kids come to libraries after school, and we want them to be able to access everything in the library. So many organizations in the community are working together helping kids learn to read, and we’re a proud partner in that initiative.”

Library professionals agree that charging overdue fines undermines the mission of public libraries — to provide free and equitable access to information for all citizens to educate themselves.

A total of $369,340 will be erased from patrons’ accounts, according to Renee DiPilato, the new director of county libraries and historical resources. But the library won’t be losing money with the new policy — it will be making more. Last year, the library system spent over seven times more in staff time than the revenue collected from late fines.

“It became obvious that the little bit we get in revenue didn’t compare to the even greater employee time spent,” said County Administrator Jonathan Lewis. “Data shows that a no-fine policy actually increases the incentive to bring books back and be a user of the library.”

Nationwide, 376 libraries in the United States are fine free. In Florida, Sarasota County is joining Hillsborough and Miami-Dade library systems by getting rid of fines.

“We’re spending a million dollars in staff time to collect a little over a hundred thousand dollars,” Commissioner Christian Ziegler said at a county commission meeting earlier this month when Sarasota County commissioners unanimously voted to do away with late fines.

“Families, especially with young kids, will check out dozens and dozens of items at a time,” Kalajian said. “If they were even three or four days late on something, those fines can quickly become a surprisingly negative aspect of using a public library.”

The new policy is expected to be implemented by the end of the month after it is approved by state lawmakers.