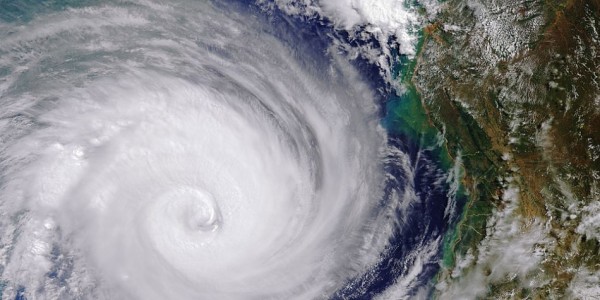 Following the immediate aftermath of a disaster, donations for disaster-relief and recovery efforts typically decline, leaving several long-term recovery efforts underfunded. The Center for Disaster Philanthropy (CDP) works to connect donors with insight and information from experts in philanthropy to increase donors’ impact throughout the complete lifecycle of domestic and international disasters.

The Patterson Foundation has committed up to $1 million to the CDP Global Recovery Fund to strengthen recovery efforts in this region, along with efforts for international disasters yet to come. The commitment includes an immediate $250,000 contribution to support Tropical Cyclone Idai recovery, along with $250,000 matching gifts each time CDP raises $250,000 from private donors for the fund supporting disaster-recovery efforts — up to $750,000 total in matching dollars — through Dec. 31, 2020.

The CDP Global Recovery Fund is focused exclusively on addressing medium- and long-term needs following international disasters, such as rebuilding homes, infrastructure and businesses while supporting children’s well-being, providing mental health services and boosting damaged agriculture sectors. The fund will allow donors to earmark contributions to meet specific international disaster-relief and recovery efforts, or donors can choose to allow CDP to allocate funding where it is needed most.

“No matter where disaster strikes, private philanthropy has the potential to drive positive outcomes for the people left facing an uncertain future,” said Debra Jacobs, president and CEO of The Patterson Foundation. “Through the Global Recovery Fund, the Center for Disaster Philanthropy has created a flexible, strategic platform to harness this potential by strengthening the impact of our collective giving to the affected communities. The Patterson Foundation’s contribution both seeds the Global Recovery Fund while building the balance when others trigger match points.”

Since 2012, The Patterson Foundation has contributed more than $3.5 million to CDP to support efforts for major disasters such as Hurricanes Harvey, Florence and Michael, and the Global Refugee Crisis. This latest gift comes after the creation of the Global Recovery Fund in an effort to catalyze additional donations from other funders monitoring damages caused by international disasters, like Tropical Cyclone Idai.

Tropical Cyclone Idai, one of the most destructive cyclones on record to hit the Southern Hemisphere, made its initial landfall in Mozambique as a tropical depression, causing severe flooding throughout Mozambique, Malawi, Madagascar, and South Africa. After lingering for nearly two weeks, Idai progressed from a tropical depression to a Category 2 tropical cyclone before making its second landfall in Mozambique. Approximately 2.6 million people across five African countries were affected by Idai, severely impacting Malawi, Zimbabwe, and Mozambique. While the immediate crisis-relief need for Tropical Cyclone Idai continues, Tropical Cyclone Kenneth hit several areas in the affected region five weeks later, and disaster-recovery costs are expected to rise as officials continue assessing the damage.

“As the magnitude of global disasters and humanitarian crises escalates, we at CDP are grateful for The Patterson Foundation’s leadership in supporting those affected by the recent cyclones and the Global Recovery Fund in particular,” said Robert G. Ottenhoff, president and CEO of the Center for Disaster Philanthropy. “Their long-term commitment to matching dollars represents a significant opportunity for us to engage other funders, thereby making the Fund not only responsive to the headlines but to addressing ongoing recovery efforts as well.”

Visit www.disasterphilanthropy.org to learn more about the Center for Disaster Philanthropy and contribute to the CDP Global Recovery Fund.