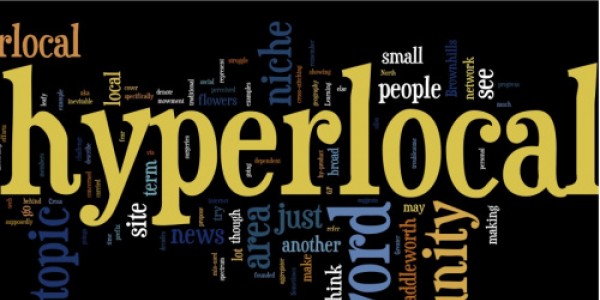 State of the News Media 2013 misses impact of local journalism

I was out of commission for a solid week this month with a bad case of food poisoning, and I’m still in the process of catching up on all that I missed. One of those things was the release of the State of the News Media 2013 report by the Pew Research Center’s Project for Excellence in Journalism.

In one sense, I’m glad I did not rise from my sickbed to read the report; it might have delayed my recovery even further. That’s because, as has been the case for some time now, there was not a lot of good news detailed in it. It’s hard to be hopeful when the first sentence hits you right between the eyes like this:

“In 2012, a continued erosion of news reporting resources converged with growing opportunities for those in politics, government agencies, companies and others to take their messages directly to the public.’’

I’ve been reading the State of the News Media report since the first one appeared 10 years ago, and I suppose I had just come to accept it as definitive source documenting the changes roiling newspapers. The report this year also looks at television news, and finds the situation there grim and getting more so.

But something about reading this report hit me differently this year. Perhaps it was because I didn’t read it until a week after it was published, so I was also reading the reactions to it and debate about it at the same time. I particularly enjoyed the contrarian view offered by Matthew Yglesias on Slate, in which he argued that “the American news media has never been in better shape.’’ While I think his argument glosses over some of the major economic forces at work in shaping journalism, particularly at the local level, I found myself agreeing with a lot of his premise.

And that’s when I began to realize why the report this year left me with a nagging sense that the reporting was incomplete. That’s because, of course, it is, and it has been all along.

The State of the News Media is really a report documenting the decline of a sector – a very particular manufacturing model of creating journalism. That resonated deeply for me when I was inside that machine.

But for the past three years, during my work in the New Media Journalism Initiative, I’ve been looking past the media as an institution and into journalism as an exercise in innovation and entrepreneurship. While no one has figured out a single model that can sustain journalism, the range of experiments contain the many seeds of hope I found lacking in reading about the state of media institutions.

It was Michele McLellan who told me at the very beginning of my work that she had been motivated to research the rising group of independent news sites because she knew the story of what was happening in journalism was incomplete, dominated as it was by a narrative about the decline of newspapers.

Michele’s research, conducted during her fellowship at the Reynolds Journalism Institute, gave rise to the Block by Block Community News Summit. With support from The Patterson Foundation, she’s continued her research and this week launches the result of that work: Michele’s List, a database that gives insight into the current state of entrepreneurial community journalism.

Whether for-profit  or non-profit, these efforts are testing new ways of connecting readers to information. The business models definitely still need work, a fact that we’ve recognized in our efforts at business mentoring through Super Camp and the Community Executive Journalism Training  (CJET) programs for independent journalists.

In May, we’ll partner with the New Jersey News Commons at Montclair State University and the Geraldine R. Dodge Foundation to launch New Jersey CJET, a class aimed at helping publishers in that state improve their business position. And in an example of how these entrepreneurs continue to evolve, we’re working with NJ News Commons director Debbie Galant – an alum from our initial Super Camp who is now working to build a healthier news ecosystem for New Jersey.

Debbie wrote about the State of the Media report at NJ News Commons, and I liked her take on the need for more cooperation among journalists and a deeper focus on the business side of the equation. Working with smart, forward-thinking people like Debbie during these last three years has helped me both to re-ignite my own passion for journalism and to develop a much sunnier outlook about its future.

The New Media Journalism Initiative is focused now on seeing our remaining projects through to successful handoffs. From the beginning, we intended this initiative to be a three- to five-year project, and I’ve been at this now for 3 ½ years.

In the coming weeks, some of the folks we’ve worked with and learned from along the way will share their perspective on the New Media Journalism Initiative and on where journalism is heading. One of our first guest posts will be from Michele, writing about the Michele’s List project.

As we reflect with them on what we’ve done and learned, I’m reminded that from the start, we knew our focus would not be on the “state of the media,’’ but on the state of journalism that serves communities. We weren’t about preserving institutions, but about enabling that craft and that connection.