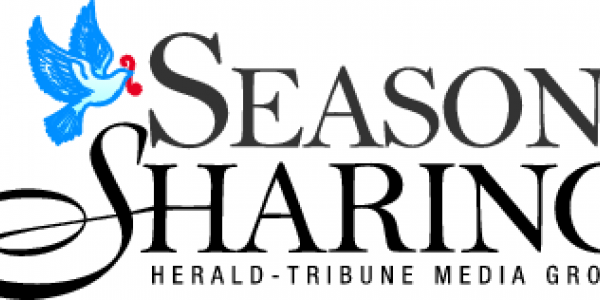 Posted on January 08, 2015 by The Patterson Foundation

Season of Sharing, the region’s annual campaign benefiting local individuals and families on the verge of homelessness, has so far raised $1.37 million from foundations, community partners and nearly 2,900 individuals since beginning just over a month ago.

The 2014-2015 effort, which began shortly after Thanksgiving, received a surge of support during the holiday season. Created through a partnership between the Herald-Tribune Media Group and the Community Foundation of Sarasota County in 2000, Season of Sharing enables our region to channel its charitable spirit into a effort focused on alleviating the hardships of our friends and neighbors at risk of losing their homes.

“The pace with which the campaign crossed this $1-million threshold is a testament to our community’s generosity exhibited each year during Season of Sharing,” said Debra Jacobs, president and CEO of The Patterson Foundation. “The Patterson Foundation is eager for our region to meet these next incentives. Whether you are moved to give $10 or $10,000 – we know the community will step up to the plate to help families in need.”

Each $100,000 incentive contributed during Season of Sharing will help at least 100 additional families in the community maintain stable housing. Nearly 3,700 donors raised more than $2 million during last year’s Season of Sharing, assisting about 2,800 families with rent, utility and other emergency payments. The campaign has helped nearly 9,500 families to date, with only 15 percent requiring additional assistance the following year.

During its years of support for Season of Sharing, The Patterson Foundation has helped annual donation totals rise from less than $800,000 to last year’s more than $2 million – the first time the campaign surpassed this threshold. Several regional media partners have lent their resources to Season of Sharing as well.