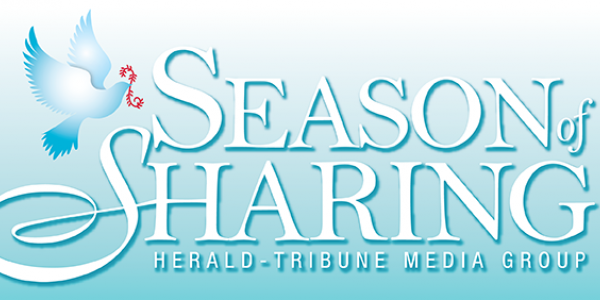 Posted on March 08, 2014 by The Patterson Foundation

This week, Season of Sharing, an annual campaign to raise money benefiting families on the verge of homelessness, topped $2 million for the first time in its 13-year history. This year's record-breaking donations will help more than 2,800 people stay in their homes -- a milestone for a campaign that has reached nearly $1 million every year since 2009.

We believe every person has the potential to be philanthropic -- all it takes it devoting time, talent or treasure. Because of this and the unprecedented partnership among our region's media to bring attention to the campaign, which is a partnership between the Herald-Tribune Media Group and the Community Foundation of Sarasota County, we've issued $500,000 dollar-for-dollar matches encouraging new or increased donations for the past five years -- and this year matching $632,000.

When campaign organizers met with area philanthropists Chuck and Margie Barancik last year – whose gift of $100,000 helped the community to meet the match – discussion centered on the possibility of aiming for a stretch goal of $2 million.

In mid-January, the campaign stood at $1.6 million and the Baranciks pledged $150,000, to be activated when the community campaign reached $1.8 million. We agreed to match the $50,000 increase in the Baranciks’ gift.

But how, exactly, does Season of Sharing prevent homelessness -- a topic that is top of mind for many in our region?

It provides targeted financial assistance of up to $1,000 (per family, per year) for crucial needs like rent or mortgage, utilities, and other expenses such as car repairs, child care, food vouchers and more. Assistance from the Season of Sharing Fund is available all year long through participating social service agencies for those in need in Sarasota, Manatee, Charlotte and DeSoto counties.

Here's a look at the numbers:

Thank you to the media partners in our region that helped Season of Sharing reach this milestone: Bradenton Herald, Brighthouse Networks, Clear Channel, Sarasota Magazine and Biz941, SNN 6, WWSB ABC 7 and the One to One Group.