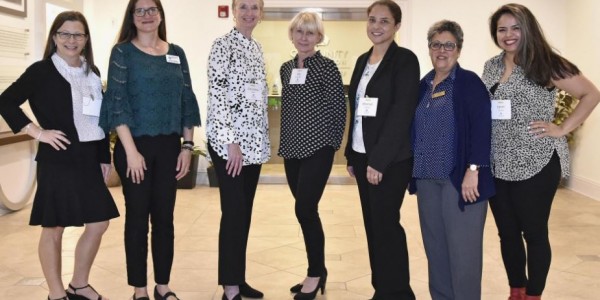 SARASOTA — Wall Street’s bulls continued their stampede in 2019, and unemployment rates last year dipped to half-century lows. But for the 40% of Southwest Florida residents just one paycheck away from life on the streets, those trends were irrelevant.

Consequently, so many local altruists looked beyond the headlines of economic optimism and into the smaller stories of struggling neighbors, their generosity turned the 20th anniversary of the Season of Sharing campaign into a banner year for fundraising.

At an official wrap-up gathering Tuesday evening, Community Foundation of Sarasota County President and CEO Roxie Jerde saluted the best instincts of Sarasota, Manatee, Charlotte and DeSoto counties, which responded with a record $2.4 million in donations during the 2019-20 season.

“Despite the success here,” Jerde reminded donors and community advocates, “the threat of homelessness remains an ever-present shadow among many in our community. While our response to the needs has truly grown more efficient and sophisticated over the years, so, too, has the complexity and the extent of the need in our community.”

Conceived in 2000 by original founding partner the Herald-Tribune Media Group, the annual campaign has raised nearly $25 million and served more than 35,000 people, whose needs are flagged by a network of some 60 area nonprofits.

Clients are identified by acute cash shortfalls — typically working poor or those on fixed incomes, faced with sudden medical expenses, child care emergencies, auto breakdowns and other events often beyond their control — which could result in eviction notices. Season of Sharing can respond with up to $1,000 per family in temporary assistance.

Jerde and Matthew Sauer, executive editor and general manager of the Herald-Tribune, acknowledged their predecessors, the late Stewart Stearns of the Community Foundation, and Diane McFarlin, former Herald-Tribune publisher, for committing to the unbroken tradition. Sauer admitted to some uncertainty over the prospects for the success of Season of Sharing’s 20th edition, given the nation’s polarized political climate.

“People are mad. People are divided. People are what I’ve come to describe as hair-trigger,” he said. But “astounding is a good word for how the campaign turned out in 2019 and ’20. I can tell you that Rox and I were delighted that the community stepped up enough that we got to keep making friendly knocks on Debra’s door — four times.”

The reference was to The Patterson Foundation, where President and CEO Debra Jacobs pledged $100,000 for every $500,000 raised during the campaign. Sauer also credited the Herald-Tribune’s reporters and editors for publicizing the plights of neighbors on the brink of falling through the cracks.

He singled out 66-year-old Angela Grabowski, an independent-minded professional caregiver who took a spill in her driveway last summer, was hospitalized and spent five weeks in rehab. She found herself in need of financial assistance, a humbling role reversal.

“Not only did she ask for help, she shared her story with us, and she told her neighbors through the Herald-Tribune that it’s OK to ask,” said Sauer. “For the kind of person she clearly is, that took a lot of courage.”

Sauer and Jacobs accepted appreciation awards from the Community Foundation of Sarasota County. Also receiving the citation was Southern Steer Butcher. Its owners read a Season of Sharing story and stepped up to become a big contributor last year.