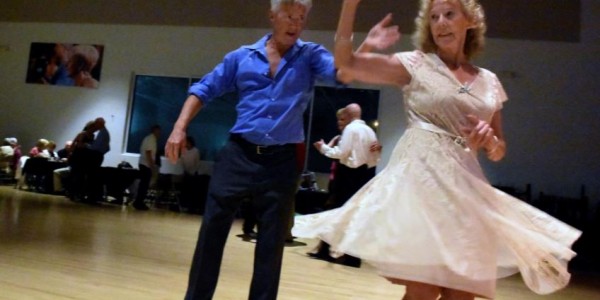 Here’s what will happen to swim lessons, summer camps, those Saturday nightOlder dances and more.

(Let us know any questions you have about other YMCA programs by filling out the form at the end of the article.)

The Selby Aquatic Center will revert to the county once the operating agreements end on Sept. 30, Drew Winchester, a county spokesman, said in an email.

“Parks, Recreation and Natural Resources staff is working with the Sarasota Sharks to develop an agreement for the continued operation of the facility,” Winchester said, adding that staff is anticipating the agreement to be presented in September.

In a post on the organization’s website, Arckey explained that the Sarasota Sharks swim team would remain unaffected, and the organization would continue to offer swim school, Masters Swimming, community water park and splash camps, competitive and non-competitive age group swimming and open swimming.

In an interview, Winchester added that the only operational changes he anticipated were slight scheduling changes due to indoor YMCA swimming programs moving to Selby Aquatic Center.

Though the popular swim lessons at Sarasota YMCA’s Berlin branch are ending, there are several private organizations that offer swim instruction in Sarasota, and lessons are taught at the city-owned pool at Arlington Park, 2650 Waldemere St.

SUMMER CAMPS
The Sarasota YMCA runs camps for ten weeks in the summer and averages 250 kids per week. All of the camps’ last days are Aug. 9, and they will not continue next summer, or over school breaks. However, the YMCA’s after school Adventure Club programs will continue at Gocio, Fruitville, and Southside Elementary schools.

The largest alternatives to the Sarasota YMCA camps are those offered by the Sarasota County Parks, Recreation and Natural Resources department, which operates dozens of summer camps for children in grades 1-12. Camps are also offered by Stage Door Studios, Sarasota Crew, Florida Studio Theatre, and many other local organizations.

“The YMCA Board will be turning 100% of its focus to operating the YMCA’s ongoing foster care and social services programs that have served vulnerable populations in this community for many decades, including abused, neglected, and at-risk children,” a press release said.

OLDER ADULT ACTIVITIES
YMCA Sarasota’s closing will see older adults lose access to resources and programs that were tailored specifically to them and their needs, such as functional training, a five-week course taught by personal trainer and older adult fitness specialist Selwyne Rom. The class, which was focused on developing muscular strength and cardiovascular endurance as well as balance and flexibility, served a specific and important niche within the community that many have come to know and depend on. While there are plenty of functional training classes out there, not all of them are necessarily offered with older people in mind.

The racquetball courts at the Frank G. Berlin Sr. branch were also a hot spot for handball — an activity that isn’t easily replicated at other locations due to a lack of public courts, as the majority of racquetball play areas are hosted at private facilities.

Other active adult programs likely to be missed by older adults include the weekly Arthur Murray Dance Lessons and the adult dance parties held every Saturday night with big band music and social games such as mahjong and bridge. Similar classes and activities are offered at the Friendship Centers of Venice and Sarasota.

“Our first concern when we heard about the Y closing was that older adults would feel like they don’t have anywhere to go,” said Crystal Rothhaar, spokeswoman for the Friendship Centers. “What we don’t want is for people to go home and feel socially isolated from their community because they don’t know what other options are there.”

The centers also offer plenty of physical activities besides dancing, including a balance and movement class focused on fall prevention, yoga, and tai chi as well as Silver Sneakers. Other activities include painting, ceramics, watercolor, foreign languages, journaling, and computer classes.

“We are saddened to hear of the loss of the Y in Sarasota; they’ve given so much to our community,” said Erin McLeod, president and CEO of Friendship Centers, in a news release. “The programming that we provide for older adults is similar, and we hope that their members who are looking for a new social and fitness home will come take a tour and learn more about what we offer. The health, mental, and social benefits of community programming help prevent depression, physical decline, and social isolation in older people.”