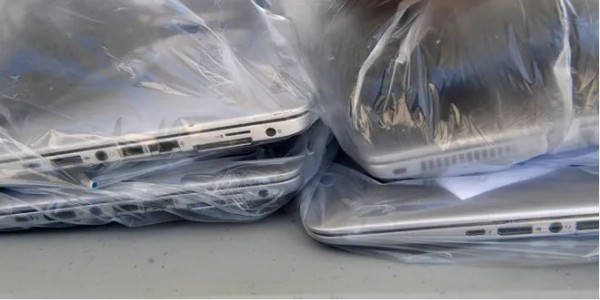 As the first day of school looms nearer for Sarasota and Manatee counties, both districts say that every student who needs access to a device will get one.

But they are hopeful that not every student who enrolls in online learning will need one.

When schools were closed in March, tens of thousands of students across both districts lacked the internet access or devices needed to complete their online assignments.

Both districts are still collecting devices from the spring transition to online learning. They are also assessing the need for devices for the upcoming school year.

On top of that, online learning programs this year will have more rigorous expectations than those in the spring, limiting siblings' ability to share laptops by logging in at different times of the day, for example.

According to preliminary school district surveys, a majority of families in both districts favored a return to full-time, in-person learning.

While families at schools with higher rates of students on free-and-reduced-price lunch were less likely to fill out a survey, those that did were more likely to select remote learning as their preferred option.

Manatee County's reopening data as of July 24 automatically opted students into their default reopening plan based on their grade level, if they did not respond.

Based on the district's 2019-2020 enrollment data from the Florida Department of Education, more than 10,000 students in Manatee County will likely return to school virtually. Those numbers are expected to fluctuate as the school year progresses.

Sarasota County
Sarasota County Schools loaned out more than 10,000 computers when schools closed in the spring, according to Craig Maniglia, director of communications for the school district.

Joe Binswanger, the district's technology director, told the Herald-Tribune last month that roughly 80% of the loaned devices had been returned, with those remaining being used by students enrolled in summer courses.

Of the returned devices, Binswanger estimated that only 2% to 3% had been damaged.

"By industry metrics, that is phenomenally good," he said. "This far exceeded even my best projections of where we were going to be … It was very reassuring in the goodness of people in Sarasota County."

While the district is still collecting information about how many students will need devices for the upcoming year, Maniglia said they would be available "for each student in need."

"If a child needs a device this year, parents will sign an agreement acknowledging their responsibility for the computers," he said.

Schools will make contact with families who need devices before school starts on August 31. According to the district's website, schools will set up a time for identified students to pick up devices during the week of August 24. Parents who do not hear from their child's school by August 24 are asked to contact their teacher or guidance counselor.

"As a reminder, families who commit to concurrent remote learning (Option 2) are also committing to providing all the tools and resources necessary for their child(ren) to be successful," the website says.

During an August 4 School Board workshop, officials estimated that the district has roughly 7,200 laptops available for online learning — 3,880 for high school students, and 3,300 for elementary and middle school students — in addition to 400 internet hotspots.

Additionally, classrooms are being outfitted with roughly 2,500 cameras, stands and microphones so teachers can stream their classes to students learning remotely.

Should schools face another closure related to COVID-19, the district's tentative plan, as of August 4, was for in-person students to transition to remote learning with the laptops currently in use within their schools.

Asked how many students never logged in to online learning during the spring, Maniglia said teachers made contact with "the vast majority of students."

"Great effort was made to reach all students," he said.

While WiFi hotspots were available for loan, the school district also outfitted roughly two dozen school buses with WiFi — an option that will not be available this year, "as the priority for these vehicles will be to transport students to and from school," Hansen said.

In total, the school district loaned out more than 11,000 laptops and internet devices during the spring transition to remote learning. Of those, just more than half have been returned. The process is still ongoing, according to Hansen.

While individual schools are still collecting information from families for the upcoming school year, the district anticipates a need for at least 11,000 devices.

Mike Barber, communications director for the school district, says the district will begin identifying students who need devices distributing them as needed during the first week of school.

More than 500 hotspots and 40,000 laptops are currently available districtwide — including 12,000 Chromebooks approved by the school board in June that are expected to arrive in mid-September.

The district is considering another potential order of 1,000 hotspots, which would cost an estimated $348,000 annually, depending on the plan and service provider, Hansen added.

According to Evan McCarthy, director of assessment, accountability, and research, the district estimates that 98.5% of its students signed in to their remote learning platform between March 30 and May 3.

Roughly 618 students never signed on, excluding those who were contacted by other means, like telephone calls, McCarthy said.