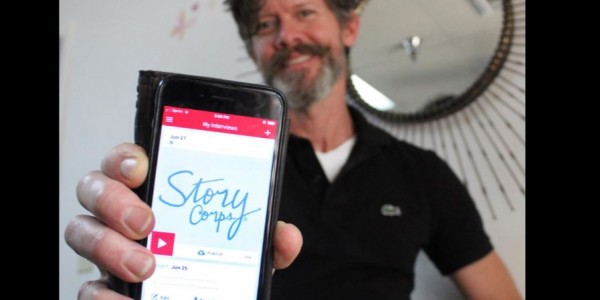 Preserving the Stories of the LGBTQ Community

There has been no comprehensive national effort to document and preserve the experience of everyday LGBTQ people who lived through violence, discrimination, and acts of bigotry in the era before the Stonewall Riots in 1969.

To honor the 50th anniversary of Stonewall, StoryCorps has launched a new national project to preserve those stories before they are lost to history. Locally, those efforts will be led by the Friendship Centers.

The Stonewall OutLoud project will specifically seek stories from people who live in rural areas, minorities and those who lived before the uprising, which was a response to a police raid on the Stonewall Inn in Greenwich Village and served as a catalyst for the national LGBTQ rights movement.

Since launching in May, the Stonewall OutLoud initiative has partnered with 160 LGBTQ+ organizations and collected stories from dozens of individuals.

As of Wednesday, StoryCorps has received pledges and recordings from nearly 1,000 people, according to Colleen Ross, managing director of marketing and communications for StoryCorps.

The efforts in Sarasota will be led by Robert Rogers, director of community outreach for the Friendship Centers.

“This is an extraordinary opportunity to create a lasting legacy that will inspire and empower our community for generations to come,” said Rogers.

A few years ago, Rogers began a discussion and weekly grief and support group for LGBTQ seniors at the nonprofit on 888 Brother Greenen Way in Sarasota. These programs are among the limited resources and community groups for LGBTQ seniors in Southwest Florida.

Rogers has already begun gathering interview subjects, and many of them will be from the Friendship Centers, he said.

Past StoryCorps initiatives have focused on stories remembering people killed in the World Trade Center terrorist attacks of Sept. 11, 2001; oral histories of African-Americans and Latinos; stories of teachers; as well as recent military veterans and their families.

As with all StoryCorps recordings, the OutLoud series will be archived at the Folklife Center at the Library of Congress.

“Simply put, I feel incredibly fortunate and inspired to move forward to bring each and every word that surrounds these extraordinary lives to a place of healing and humanity,” said Rogers.

To participate, download StoryCorp’s free app for your smartphone and visit storycorps.org to learn more about the Stonewall Riots and how to get started.