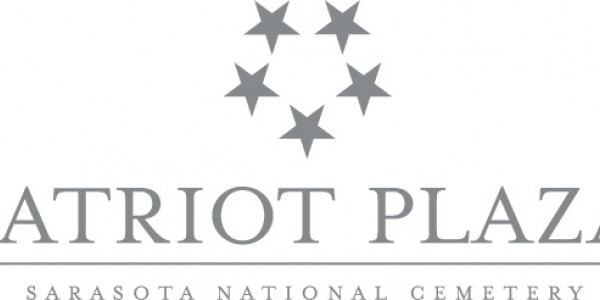 Posted on January 06, 2015 by The Patterson Foundation

From the outset, Patriot Plaza was designed as a project that would generate widespread and multifaceted impact for veterans and military families. As part of The Patterson Foundation's Military Initiative, the ceremonial amphitheater, which was dedicated and donated to the Department of Veterans Affairs - National Cemetery Administration in summer 2014, has accomplished this all-important mission in many meaningful ways.

The public-private partnership model at heart of Patriot Plaza proved to be a successful and effective way to create new realities. The first-of-its-kind collaboration between The Patterson Foundation and the National Cemetery Administration drove the development of the $12-million project (fully funded by The Patterson Foundation) and serves as a successful blueprint for other communities interested in pursuing how philanthropy can enhance their national cemeteries.

Building Patriot Plaza brought economic impact to our Southwest-Florida region, with more than $3 million in labor and materials going into the space. The finished venue is home to more than $2 million in commissioned artwork that illustrates the experiences of our veterans and military families in a relatable manner for all who experience it. Patrons will be able to glean further insight from the Patriot Plaza docents on site, trained through a program developed by The Patterson Foundation and the Arts and Cultural Alliance of Sarasota County.

Conveying these messages of service and sacrifice to our youngest Americans is essential to the continued vitality of our nation. To achieve this locally, Patriot Plaza is an exploration featured on EdExploreSRQ.com, an innovative learning platform developed by The Patterson Foundation and Sarasota County Schools that showcases educational opportunities throughout the community that align with state and federal curriculum standards.

Perhaps the most tangible outcome of the endeavor is Patriot Plaza itself. Our region is now the home of an enhancement without equal at any of the country’s national cemeteries. Its artwork and stories convey themes and emotions inherent to America’s most hallowed military shrines - all while paying tribute to the military families who have fought and continue to fight the war at home during times of conflict and peace. These attributes will attract tourists wishing to observe and remember the deeds of all who have contributed to the preservation of our freedom. The space will serve as the backdrop for events inspiring patriotism and honoring our nation’s heroes for generations, a role that will be preserved by the $1-million structural-replacement endowment provided by The Patterson Foundation.

Patriot Plaza is the embodiment of a one-time donation capable of generating lasting impact. This enhancement, inspired by the Patterson family’s legacy of military service, will enrich the lives of all who experience it in perpetuity.