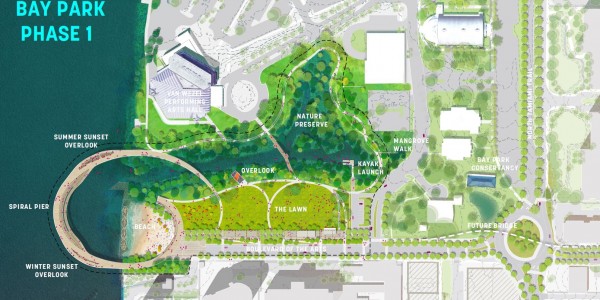 Our Shared Commitment for The Bay

The arrival of the Sears Christmas Wish Book to my childhood home had to be the most exciting part of fall. Each year as a kid, I would furiously first turn to my favorite spread: two or three pages of costumes, one of which always landed under our Christmas tree. A majorette costume arrived when I was five, playing upon my obsession with parades that has not faded.

I would dress in that outfit so many times that the bottom of the white dress shredded with wear. Day after day, my younger brother would put on a cap and grab his drum, completing my neighborhood parade.

I will never forget the day that another little girl on our street ran out to join us, a single maraca in hand. I’d been so absorbed in perfecting our small parade, I hadn’t noticed that someone else noticed. It simply thrilled me to think that someone else would, so to speak, march to the same drummer as Brother and me.

Our work at The Bay has provided similar surprises. While focusing on billable consultant hours or deliverables for hours upon hours, attendees at neighborhood forums would remind us that many others shared our passion and commitment. Casual discussions in groceries lines affirmed that this was a true community effort with community support and high expectations.

When I learned of The Patterson Foundation’s catalyst gift to our first phase of The Bay, I couldn’t help but think about the disbelief I felt as a kid as our parade grew. They get it!, I thought. They believe in the work! They believe in the process! They believe in our team! And they believed with such faith that the first huge stroke of $2 million was unrestricted.

I am one of a community-driven team playing a meaningful role in transforming our bayfront into a remarkable park for all people. I am one of a team of humbled and surprised volunteers at The Bay whose transparent and inclusive processes have been truly validated by The Patterson Foundation’s generous investment.

I know for certain that charitable members of our community will follow The Patterson Foundation's lead and accept this matching opportunity, bringing closer to reality the master plan our community has designed. One by one, single maraca in hand, I look forward to the broad parade of philanthropic spirits who will fulfill our mission.