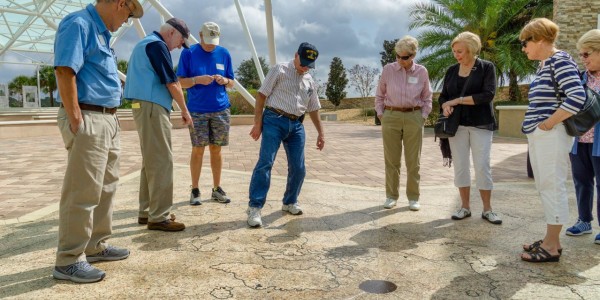 For 2018, the U.S. Census Bureau estimates Florida’s 65-and-over population at 4.9 million — a 3.4 percent increase from the previous year and a growth rate more than double that of any other age group in the state.

One in five of Florida’s residents are 65 or older, and their economic impacts are being felt statewide as more baby boomers choose this area as their retirement destination.

“Boomers lived through the years of great economic strength in America,” said real estate developer Pat Neal. “They are both big in numbers, and they have the financial capacity to buy a new home.”

Neal’s company, Neal Communities, has built more than 14,000 homes for “active adults” across Southwest Florida since 1970. He said the median age of his customers is 60, and 57 percent of his customers buy from out of state.

At a local level, the 65-and-older population accounts for 42 percent of Sarasota County’s total population and 32 percent of Manatee’s. The median ages for both counties are 56.6 and 48.8, respectively.

The data also shows that Sarasota and Manatee counties gained an estimated 16,500 residents combined in 2018, with Manatee leading the growth at a 2.5 percent increase from 2017.

“Our population growth is not surprising as we have a strong local economy with a fantastic quality of life,” said Jackie Dezelski, president and CEO of the Manatee Chamber of Commerce.

For urban planners, that means heightened demand for businesses, infrastructure, and housing. Manatee County’s housing increased by 1.9 percent in 2018 and Sarasota’s, by 1.6 percent.

“The Manatee Chamber advocates for adequate planning and funding of infrastructure to meet the needs of a growing region,” Dezelski said. “We have consistently heard from our businesses that business is strong, and there are jobs to fill.”

But minorities in both counties saw significant population growth. Manatee’s non-white and multiracial populations grew by nearly 1,700 residents and Sarasota’s by 1,000.