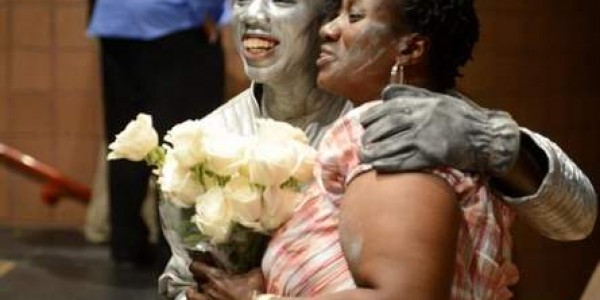 Posted on June 03, 2013 by The Patterson Foundation

If the story of Treyvon Thomas doesn't make you smile, we don't know what will. After a call for outstanding Sarasota County youth (and a group of some of the most inspiring youth leaders you will ever learn about) Treyvon was named the recipient of Sarasota's All-America City Youth Award and will travel with Sarasota County's All-America City delegation to Denver June 14-16 to represent and compete for our community on a national level.

A panel of community judges had the tough job of going through the nominations and independently ranking each applicant. In fact, four of the finalists received top rankings from the judges, demonstrating the immense talent and impact of our region's youth.

Emmanuel Avraham, affectionately known as E-Man, who is active in the Young Professionals Group and as one of the mentors/stars of Westcoast Black Theatre Troupe.

Michael Long, the first freshman selected as student body president at New College, and the only Floridian to receive a 2013 Truman Scholarship.

Amanda Moyer, a Pine View student and consummate volunteer/mentor who directed the school's Variety Show, which collected more than $10,000.

Elizabeth Panagopoulos, a Cardinal Mooney student leader who has raised money for various causes and taught children as a Vacation Bible School volunteer.

John Potvin, a Pine View student who as Key Club president helped bring Farm Share to Sarasota; the result was more than 40,000 pounds of fresh produce distributed to needy individuals.