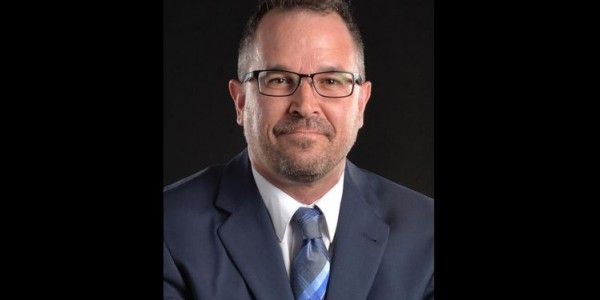 Posted on August 17, 2020 by Matthew Sauer, Herald-Tribune Media Group
For most of 2020, the Herald-Tribune and The Patterson Foundation have been seeking to educate residents of Charlotte, DeSoto, Manatee, and Sarasota counties — and as a byproduct, the larger world — about the importance of the 2020 Census.

I hate to categorize anything the federal government does because of requirements laid out by the Founding Fathers in the U.S. Constitution as a race or a contest, but this effort became something of both because there is so much riding on an accurate count, and our communities are not running anywhere close to the lead.

In April, I was having some fun trying to inspire some good-natured competition among our various counties and cities, so I did call it a race. Now there is even more urgency to getting this done because, on August 3, 2020, the Census Bureau confirmed that it planned to cut four weeks from its deadline to count the nation's 330 million-plus denizens.

That move set off a flurry of worries from census experts who said it would likely threaten the ability to get an accurate tally of the American population.

In a statement posted on its website, the bureau said the truncated schedule somehow "reflects our continued commitment to conduct a complete count, provide accurate apportionment data, and protect the health and safety of the public and our workforce."

It was only months ago that the bureau asked for more time to do an accurate count because the pandemic was complicating efforts to urging people to fill out the census. Additionally, they also needed more time to find workers who would go door to door to gather information not submitted by residents.

Shortly after the Monday announcement, four former directors of the Census Bureau — who had served under both Republican and Democratic presidents — issued a statement warning that a shorter deadline "will result in seriously incomplete enumerations in many areas across our country," and urged the bureau to restore the lost weeks.

Meanwhile, our friend Debra Jacobs, CEO of The Patterson Foundation, and more than 500 philanthropic leaders across the country signed a letter to Commerce Secretary Wilbur Ross and Steven Dillingham, who heads the Census Bureau, asking that the 2020 Census count not be cut short.

"We have different funding approaches, are ideologically diverse, and do not always share the same priorities," the letter continues. "But we have come together to support a fair and accurate 2020 Census, with a focus on historically undercounted communities, including people of color, low-income and immigrant families, and young children.

"We all oppose cutting short the 2020 Census amid a global pandemic."

For her part, Jacobs said she is baffled that the bureau would cut the time for the count when it had only recently asked for more time.

She reiterated, too, how high the stakes are in this effort.

"It is a brow-wrinkler to understand any move to cut short the timeline for a Census 2020 complete count ... all the more complicated due to the chaos of COVID-19," Jacobs told me Friday. "Completing the census is as important as voting; now is the time to ensure both, not hamper either."

Suffice it say, I am baffled, too.

I'm also disappointed that the counties in our region are not keeping up with the Joneses. I think the Herald-Tribune and The Patterson Foundation's effort to boost participation has had an impact, but not enough to push communities anywhere near where we need them.

Urge your government leaders to nag the bureau for more time. Nag your neighbors to fill out the Census. Every day we lose means a likely cost for all of us in the long run.