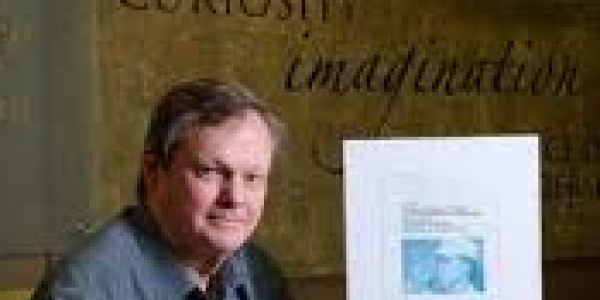 Posted on July 17, 2013 by The Patterson Foundation

Larry Kirkland, lead artist behind the Patriot Plaza at Sarasota National Cemetery, is no stranger to military life. While he never served (he pulled a high draft number that was never called during Vietnam) he did grow up in a military family.

“My parents had six kids and were married about 56 years…we would move about every two years," Kirkland said. "We moved to Japan, Rhode Island, San Francisco and Washington D.C. I’m still amazed they did this -- packed up six kids and moved 3,000 miles or more. Military families are just a little bit different… they move a lot and that gives us a different perspective on the world."

It was this perspective that led to his realization that the art integrated throughout Patriot Plaza, a 1.83-acre ceremonial amphitheater, would need to involve a core group of artists. It was essential to have different viewpoints about what its like to be in the military, or part of a military family.

As Kirkland states, “Being an American Citizen and choosing to serve touches many people in many different ways. This seems to be the resounding theme behind the Plaza, as not only does it incorporate different artistic viewpoints but also incorporates military images across time."

As lead artist, Kirkland said he feels incorporating different viewpoints was also the best way to create a space for future generations.

“It’s really hard to create for the future,” Kirkland said. “You do that by looking to the past."

For more information on Larry Kirkland and the Patriot Plaza click here.