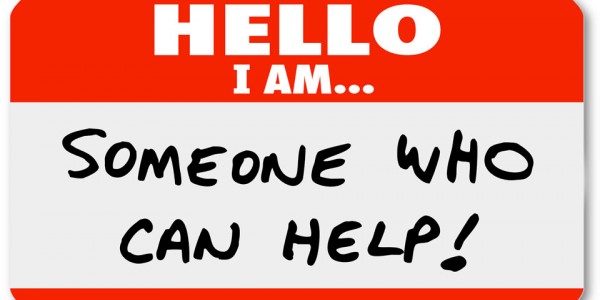 It's a New Year, a New Start and a New Opportunity to Share

Editor's Note: This article was originally published in the Herald-Tribune and is written by Matthew Sauer, the executive editor and general manager of the Herald-Tribune. He can be reached at matthew.sauer@heraldtribune.com.

A pal of mine — and Herald-Tribune stocks columnist — Lauren Rudd is a big “Calvin and Hobbes” fan.

Lauren has made a tradition of opening his last-of-the-year or first-of-the-year column — depending on how the calendar falls — with the beautiful last frames of a strip that meant so much to many of us.

I’m borrowing a little of Lauren’s spirit for this column of mine.

The strip in question shows the boy and his tiger wandering in the woods after a heavy snowfall.

Sitting on a sled looking back at his scarfed tiger friend, the ever-wise Calvin says, “It’s a magical world, Hobbes, ol’ buddy ... Let’s go exploring!” as the duo scoots off down the slope into ... the future (one we regrettably don’t get to share).

That’s how I like to view the turn of the year: full of opportunities and a chance to shed some of the bad vibes of the previous year. Twenty-nineteen was a difficult one for many of us. There was lots of arguing. There were lots of recriminations. There were a lot of bad feelings between Americans who simply have so much to be thankful for, not the least of which is our commonalities despite all the political rancor that marked 2019.

I’d challenge all of you to start as fresh as you can in 2020, a year that should give us some clearer vision given its name.

I can think of no better way to start it than to pass along a little remnant of your holiday cheer to your fellow Southwest Florida residents.

Consider a donation to Season of Sharing, a gift that has kept giving for me for the last 20 years with the warm stories of people who have been saved from homelessness by this partnership between the Herald-Tribune, other media outlets and the Community Foundation of Sarasota County.

Season of Sharing is a way to give back to the community with the assurance that every dollar you contribute will be going to help someone in need and to protect perhaps their most important material asset — a roof over their heads.

You see, the money is aimed at working folks, people living paycheck to paycheck oftentimes — and with multiple jobs — for whom one bump in the road can be the difference between having that shelter and not having it.

They are one car repair or one emergency room visit from putting that at risk. They are faced sometimes with the prospect of meeting that short-term need rather than paying their rent.

That’s where Season of Sharing steps in, with a one-time boost of giving to help them over the hump.

More than $22 million has come to the program, which is administered by local organizations in Manatee, Sarasota, DeSoto, and Charlotte counties with no overhead, meaning every dollar goes to someone in need.

The best thing about Season of Sharing is the giving that the giving sparks. Not only is it the match of $100,000 for every $500,000 raised from the community that has been the generous tradition of The Patterson Foundation. No, it’s the scores of people who have benefited who end up returning the favor to other folks in want of a helping hand.

Remember this need — and thus this aid — goes on throughout the year, not just during the holidays. Winter, spring, summer or fall, your generosity allows a host of our local agencies to help folks stay in their homes.

So as you look out at the equivalent of a Florida snow field and the bright possibilities of 2020, consider sowing good karma with some help for your fellow residents.