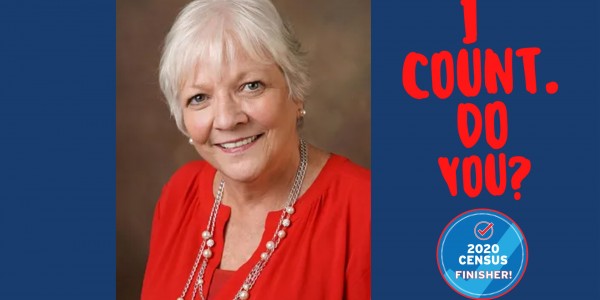 
Leaders of the Florida Center for Early Childhood believe it is critically important that every baby and child under five is counted in the 2020 Census.

The majority of the children we serve are under age five, and many come from impoverished households — financially, physically, and emotionally. Many of our children experience learning delays and disabilities and have been exposed to traumatic events. They and their parents/families are dependent on many of the programs and services funded as a result of the census.

The decennial census is the most inclusive civic activity in our country, intended to cover each person in every household. While the census accuracy for adults has been improving over time, the undercount for children under age five has been getting progressively worse. The net undercount rate for young children is more than three times what it was in 1980, then 1.4%; the rate jumped to 4.6% in 2010, when nearly one in 10 children under age five went uncounted.

When infants and young children are undercounted, their communities are denied a full voice in policy decision-making. Political boundaries may not accurately depict reality, leaving young children with needs that may not be recognized or prioritized. Not only do Congress members and state legislators make decisions about programs that serve young children, but every year, more than $800 billion in federal funds are allocated to states and localities based on census data.

Many of these programs are critical to ensuring the health and safety of our communities. Those necessary to support our infants and young children include foster care, the State Children’s Health Insurance Program (SCHIP), Child Care Development Fund, Head Start, and Medicaid. (More than two-fifths of Medicaid enrollees are children).

Young children are missed so often in the census for multiple reasons. Nearly 4.5 million children under age five live in the United States’ “hard-to-count” neighborhoods. Poor households are difficult to enumerate, and young children have a higher poverty rate than any other age group. According to the annual report by Florida KIDS COUNT, for instance, nearly one in five Sarasota County children lives in poverty.

Some groups of children, depending on their race, ethnicity, or even living situation, have above-average undercounts. Young Black and Hispanic children have the highest net undercounts. Experts estimate that approximately 6.5% of African American and Hispanic children were overlooked by the 2010 Census, roughly twice the rate for young, non-Hispanic White children. The population most likely to be missed in the census is the very same group of children most likely to live in poverty, experience homelessness, and experience stress.

We all have a responsibility to ensure each baby and young child in our region is counted. You can help by assisting and reminding the families you know and work with to complete the census form. This year, the national response rate is lagging as the pandemic further disrupts a complete count.

State and local leaders should be educated about the undercount of young children and the negative consequences it has on this vulnerable population. Spread the word on social media: Use the All Kids Count toolkit (censuscounts.org/census-operations/count-all-kids-toolkit/) to share with your networks and post on social media.

It is crucial to count children now, so they have the resources they need as they grow. It all begins by responding to the 2020 Census.


To complete the census, go to www.2020census.gov. Census 2020 special coverage comes from Aspirations Journalism, an initiative of The Patterson Foundation and the Herald-Tribune to inform, inspire, and engage the community.