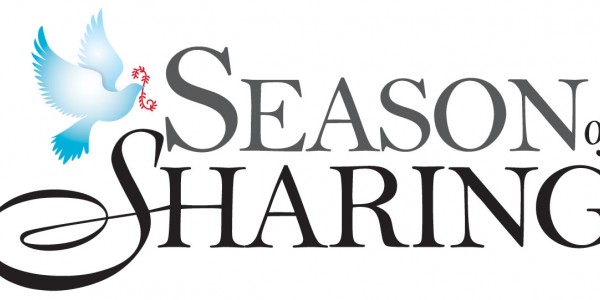 Gift of appreciation for past Season of Sharing fiscal stewards

Posted on October 24, 2014 by The Patterson Foundation

Season of Sharing, created in 2000 by the Herald-Tribune Media Group in partnership with the Community Foundation of Sarasota County, provides emergency assistance to those on the brink of homelessness through donations from generous individuals and entities in our region. Season of Sharing funds are provided to local human services agencies that disburse the funds to those in need. These funds cover essential payments like childcare, utility bills and rental assistance for local residents struggling to retain their homes.

All agencies, including the fiscal stewards, disburse funds without assessing any fees -- meaning 100 percent of campaign donations go directly toward financial aid for those in need.

“This marks the first time Season of Sharing’s fiscal stewards have received this type of operational support,” said Debra Jacobs, president and CEO of The Patterson Foundation. “Our one-time gift recognizes the vital role of these agencies in achieving the campaign’s goals and ensures their continued excellence.”

Since The Patterson Foundation began contributing to the Season of Sharing, total dollars raised in a single campaign has grown from less than $800,000 to last year’s recording-breaking $2 million, which resulted from nearly 3,000 generous donors in the region. Last year alone, fiscal stewards provided assistance to nearly 2,900 individuals and families in need. The Diminishing Homelessness 12-point plan praises Season of Sharing's approach to homelessness prevention, which is much more cost effective than trying to place already homeless families back into stable housing.

In addition to The Patterson Foundation’s contributions, several regional media outlets and other private funders have lent their resources to the campaign.

The 2014-2015 campaign kicks off next month. Please visit www.CFSarasota.org to donate and learn more. Follow Season of Sharing on Facebook.