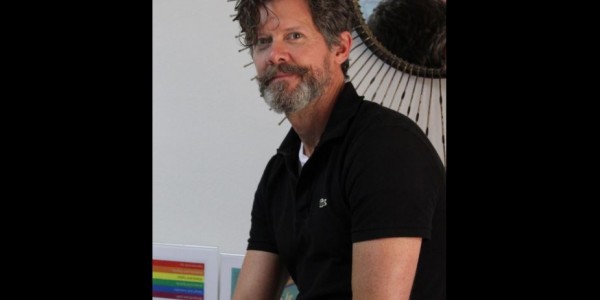 The first time Robert Rogers met with George, he only got as far as the man's front porch. He never did manage to see his face during their brief introduction through a crack in the door. While their second conversation was a lot longer, he still never laid eyes on the man during their 45-minute follow-up the week after.

But the third time, everything changed. That's when George did something rare for him: he ventured outside. When Rogers pulled up to the driveway that third week, he was surprised to find George waiting on the front porch with two chairs. That was 15 years ago, and Rogers, now director of community outreach at the Friendship Centers, still thinks about it. They only knew each other for about ten months before George died, but that was all it took for them to change each other's lives.

Rogers was just starting as a volunteer for the center in 2004 and meeting George, who lived alone and suffered from severe agoraphobia, a type of anxiety disorder that often causes people to fear and avoid places or situations that cause feelings of panic, entrapment or helplessness, was his first assignment for a program called Friendship at Home. The program, still going strong, helps homebound older adults in Sarasota, Venice, and Fort Myers in a variety of ways without ever having to leave their home. It's what made Rogers love the Friendship Centers and part of what has kept him coming back.

"Sometimes, all it takes is looking at someone and acknowledging their existence. It's so simple and yet so challenging, I guess," Rogers said. "It was amazing to see just in the ten months that we were together the transformation he went through. He had given up. That's basically what I walked into was somebody who was rapidly just trying not to live anymore. He had decided that that was it, that he was alone, that no one would care. But he was alive again."

George is one of many people the program has helped over the years. In the first half of this year alone, the Friendship at Home program has served more than 730 people — and it helped nearly 1,000 people in 2018. Rogers met George through the friendly visitor program in which volunteers are matched with people who request a friend to help with errands, play games, or simply chat so they can enjoy companionship. But the program also offers telephone reassurance, with volunteers making friendly phone calls once or twice a week to check on their clients and have a conversation. It's also a supportive intervention program where coordinators help clients access community resources like home maintenance, home-delivered meals, counseling, and temporary financial help.

Time of high demand
Summer is a period when the program is most in demand according to Senior Director of Programs at the center, Terry McGannon, with hot temperatures causing air conditioning bills to skyrocket, often forcing people to choose between paying an electric bill, purchasing food, or filling their prescriptions. Under the Friendship at Home umbrella, the center is an administrator for the Emergency Home Energy Assistance for the Elderly Program, a state program that assists low-income households with at least one person age 60 or older when they are experiencing a home energy emergency.

"This program is successful because it allows people to stay in their homes, it allows them to ride right through a rocky period and stabilize themselves," McGannon said. "Without this in place, you often see this sort of thing just happen over and over again when they're not making it, and it creates a downward spiral where they just can't ever get out."

The Friendship at Home program also has other crisis intervention options available to those who do not qualify for EHEAP, such as the Season of Sharing Fund, which was created in 2000 as a partnership between the Herald-Tribune and the Community Foundation of Sarasota. This can help seniors with a broad range of issues, such as rent or car repairs.

But both the social and financial aspects of the program are in dire need of volunteers. Because of the number of seasonal residents here, the number of volunteers and donations tend decline in the summer, said Ola Medrzycki, who has worked as the Friendship at Home coordinator for more than 16 years.

"During the holidays, people give to programs like Friendship at Home donating much needed items," Medrzycki said. "But during the summer and with rising air conditioning costs, older adults can really suffer. Our clients' eyes light up when we bring them things like soap, laundry detergent, and toilet paper. It's important that we not only help clients with current needs, but also help them resolve issues and prevent further problems."

Medrzycki added that there are many more people in Sarasota who qualify for the programs' assistance and could be served with more funding and more volunteers.

Erin McLeod, CEO of Friendship Centers, said many older adults try to "fly under the radar" without food or medication because they don't want to be removed from their homes. "Isolation is the malnutrition of the elderly," she said. "Especially if a spouse or partner passes away, survivors sometimes fail to thrive on their own without intervention."

But sometimes all they need is a little love and attention. McLeod calls a 105-year-old-woman every night at 8 p.m. just to check-in, and that can help significantly, program officials said.

"People are so lonely and desolate that they can become almost paralyzed by it," said Rogers. "Just having someone to talk to, something to look forward to, can make a big difference in their lives."

It wasn't the first, the second or the third day, but one day George finally invited Rogers inside the house for their weekly conversations. Then George did another thing that was rare for him in those days: he smiled. Rogers remembers commenting on his smile, and George told him, "it's because you bothered to ask." He said that it made him feel like someone cared and that someone would remember him.

"Fifteen years later and I've never forgotten him. I hope he understands how important he was for me," Rogers said.