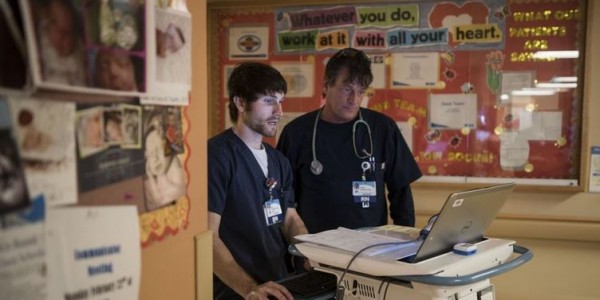 The report, which surveyed six of Florida’s largest health care industries about nurse vacancies and recruiting, was last produced in 2015.

An important report used by lawmakers, nonprofits, and nursing schools that shows just how many nurses are needed in Florida, and where, is badly outdated — by four years.

The report surveyed six of Florida’s largest health care industries, gathering information about the number of employees, vacancies, and how difficult it was to recruit qualified workers the previous year.

But that work halted in 2015 after hospitals, skilled nursing facilities, public health departments and hospices stopped sharing the information through a voluntary statewide survey.

“It’s all well and good to show what you’re producing, but if you can’t see how much is needed, you only know half of the equation,” said Mary Lou Brunell, the executive director of the Florida Center for Nursing.

FCN is not the only organization that gathers such information, but it is the sole entity that collects in-depth data on registered nurses, licensed practical nurses, and advanced practical nurses directly from the source, said Brunell.

FCN still gathers statewide data on supply and how well nursing schools are performing, but it no longer estimates turnover, vacancy rates, and estimated job growth.

According to the last demand report in 2015, there were 12,493 registered nurse vacancies in Florida, a number often cited by the media and organizations when reporting on the statewide nursing shortage.

It’s unclear exactly how those trends have changed since the last report. The Florida Department of Economic Opportunity is projecting more than 14,000 job openings for registered nurses in 2019.

It also was becoming more difficult for hospitals and other health care providers to fill registered nursing positions with advanced education such as bachelor’s and doctorate degrees, which has been shown to improve health outcomes for patients.

“Even though such a study hasn’t been replicated in a long time, it’s very clear that given our population growth and other factors, the demand for nurses hasn’t lessened,” said Arthur Keiser, chancellor and co-founder of Keiser University.

Keiser has 21 nursing campuses in Florida, including one in Sarasota that is one of the largest nursing programs in the state.

Like many other nursing schools, Keiser has advisory committees that work closely with area hospitals to collect data to keep its nursing schools informed on where nurses are needed.

But that information is rarely available to the public. The lack of reliable statewide data can often hinder the work of nonprofits such as the Suncoast Nursing Action Coalition, which has led local efforts to increase baccalaureate nursing degrees in Sarasota, Manatee, Charlotte and DeSoto counties.

“That data is important because it helps you see how Florida is comparing to other national trends,” said Jan Mauck, a former chief nursing officer for Sarasota Memorial Health Care System and co-founder of SNAC.

“If we can’t see trends coming down the pike, then you cannot help yourself to be prepared.”