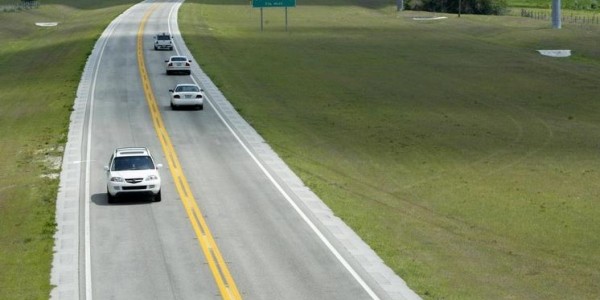 The bill creates a Florida Office of Broadband that will, among other things, collect more specific data from citizens about broadband access.

House Bill 969, "Broadband Internet Service," was signed by Gov. Ron DeSantis on June 9. It assigns broadband policy oversight to a new Florida Office of Broadband within the Department of Economic Opportunity. Previously, that responsibility fell to the Department of Management Services.

The bill allows up to $5 million in annual spending from Florida's Turnpike Enterprise to assist in developing broadband infrastructure within or adjacent to multi-use corridors, with priority given to "rural areas of opportunity."

"It's way more important today than it was when we passed this bill three months ago," said Rep. Loranne Ausley, D-Tallahassee, who authored the bill with Rep. Brad Drake, R-Eucheeanna. The bill passed with unanimous support in both the Florida House and Senate before being signed into law by DeSantis.

Though broadband speeds vary, the FCC specifies a minimum download speed of 5 megabytes per second for telecommuting and online learning, both of which are expected to become more prevalent even after the pandemic.

The broadband expansion will coincide with the Multi-Use Corridors of Regional Economic Significance Program, or MCORES, which by 2030 aims to expand toll roads in Florida's rural areas in the interest of economic growth. Some say Florida's rural communities can't wait that long for broadband.

Paige Landrum, press secretary of the DEO, said in a statement on June 15 that the department is "developing a strategic plan for expanding the availability and the effectiveness of broadband internet, collaborating with state and federal partners to identify available funding opportunities and learning best practices from other states' broadband offices."

The broadband office will be tasked with establishing local technology planning commissions representing a variety of stakeholders, from educational institutions and health care providers to private businesses, local governments, and tourism.

But one of the office's key functions will be collecting citizen input about the geographic availability and deployment of broadband in their area.

"The real issue is that the FCC mapping doesn't tell the full story," Ausley said.

By the numbers
The FCC maintains that the nation's digital access is growing substantially and that more Americans than ever have access to broadband.

According to its 2019 Broadband Deployment Report, 21.3 million Americans lack broadband access. But other studies estimate those figures to be much higher — between 42 million and 162.8 million.

Broadband Now ranks Florida fifth in the nation for broadband internet access, with 96.8% of its population having access to wired broadband speeds of 25 mbps or faster.

Every June and December, the FCC uses Form 477 to collect data on a census block level from broadband service providers. If a provider says it serves a single customer in a census block, the FCC counts that entire block as covered.

The result, according to FCC commissioner Jessica Rosenworcel, is data that "systematically overstates service across the country."

Compounding the problem, she said, was the FCC's failure to independently verify data from providers.

"Last year, this allowed one company to overstate its service coverage by tens of millions of people," she wrote. "This year, one of the country's largest providers found that it too had overstated its coverage in thousands of areas."

Rosenworcel added that the FCC's broadband standard of 25/3 mbps is "too low for a nation that has moved so much of life online."

"The FCC's broadband maps are a mess," she told the Herald-Tribune.
"The good news is that a new federal law — the Broadband DATA Act — requires the FCC to incorporate the work of state and local governments to improve our picture of broadband service across the nation.

"This is important because the best maps are not going to be made in Washington. They are going to be made with input from those on the ground — including consumers and local governments — who have real, lived experience and knowledge about the services available to them."

"The consequences of overstated broadband coverage are big," Rosenworcel added.

"Later this year, the FCC is poised to commit $16 billion in broadband funding for the next ten years using its flawed maps. That's chilling because there are millions of people that the FCC's maps currently show as served who are not.

"That's going to leave people behind. The FCC can and should do better."

Ausley noted that the digital divide is not just a rural issue. Census Bureau surveys show that three times as many households in urban areas lack broadband access as in rural areas.

The internet may be available, Ausley said, "but it's not accessible for financial reasons."

"The bill is just a very small step, but hopefully it'll be a launching pad for us to really take this on," Ausley said. "It's the role of the government to say this is a basic right, and we are going to figure out how to put the pieces together to make this work."