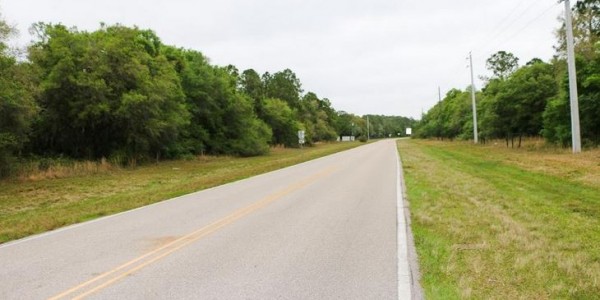 Posted on July 04, 2020 by Emily Wunderlich, Herald-Tribune Media Group
A North Port road improvement project could help increase internet connectivity for some of the city’s most underserved residents.

Part of that project entails installing “dark fiber” to facilitate the expansion of internet access to the North Port Estates area, where coverage has been a problem for “at least 25 years,” according to District 1 Commissioner Vanessa Carusone.

Dark fiber refers to underground infrastructure that does not yet have the hardware or software to enable services.

For North Port, the “dark fiber” system will include conduit and pull and splice boxes, through which a telecommunications company will run fiber-optic cables at a later date, said North Port Community Outreach Coordinator Michael Fear.

The conduit would stretch approximately 6.5 miles and cost about $250,000, Fear said, with construction expected to begin in December 2020 or January 2021.

“At this time, the city is in conversation with some telecommunication providers to see if they can come on board and provide the fiber optic service once we complete the installation of the ‘Dark Fiber,’” he said.

Citing the preliminary nature of the conversations, the city declined to identify which providers it is communicating with. But Fear said it is one of the “major players” in telecommunications.

Part of the problem, Carusone said, is that internet service providers have long argued it is not cost-effective to bring infrastructure to areas with low population density. In the Estates area, many houses are spread out across multi-acre lots.

“There’s no way (service providers) could put in the infrastructure and make their money back,” Carusone said.

Frontier Communications is the city’s leading residential internet provider. Data from Broadband Now shows that most of Frontier’s coverage in the area is DSL — or digital subscriber line — which connects users to the internet via a phone wall jack on an existing telephone network.

Since DSL users each have their own connection to the internet, multiple users do not strain DSL lines when they are all online at once.

However, DSL lines are distance-sensitive, meaning that the farther away you are from the main access point, the weaker the signal gets — resulting in slower internet speeds.

Broadband Now reports that Frontier’s internet speeds in the area range from 6 MBPS to 940 MBPS.

Additionally, Broadband Now estimates that 4,000 North Port residents have access to only one internet service provider — restricting their ability to switch companies if they are dissatisfied with the service.

“Everybody is stuck with outdated Frontier infrastructure that still continues, to this day, to have limited bandwidth,” said Carusone, who lives in the Estates. “Most people on the northern side don’t have any option other than Frontier or HughesNet.”

For many residents, the coronavirus pandemic underscored the need for better internet service. Suddenly, parents working from home were forced to share slow or spotty connections with their children completing online assignments — if they even had a connection at all.

One mother, Karla Cordero, even petitioned legislators and internet service providers for better service. Her change.org petition has garnered more than 800 signatures.

One resident who signed the petition said they moved out of the area because of the lack of internet access. Another resident, who submitted a written public comment for the June 23 meeting said they are considering selling their “million-dollar” home in the Estates because of the issue.

“We quickly saw that the city has to do something with internet availability in the area” during the pandemic, another public commenter wrote.

Bringing high-speed internet to the Estates would be a “win-win,” they wrote, because more people would move to the Estates area, thus bringing more revenue and incentives to internet service providers.

North Port is not the first local government in the state to take up the issue of internet connectivity.

In Lakeland, city commissioners have debated for years whether to launch a city-owned broadband utility using their 330 miles of existing fiber optic cables that serve city functions and are leased to large businesses.

Now, it is seeking proposals from private companies capable of providing gigabit speeds. According to the Lakeland Ledger, the ultimate goal would be a public-private partnership that brings reliable, high-speed internet at affordable prices to 100% of the city’s residences and businesses.

In Walton County, commissioners signed a five-year contract with a private company in May to build a fixed wireless broadband network throughout the county.

The network would wirelessly connect fixed locations by placing devices on towers in strategic areas. The first phase of the project is scheduled to be complete by June 1, 2021.

The city partnered with SOM1101, LLC, to undertake the endeavor.

“It needs to be considered an absolute necessity as far as utilities, just like power is.”