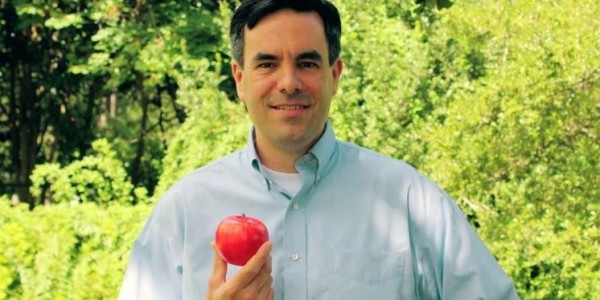 The reasons why obesity rates among U.S. children have more than tripled since the late ’70s to just under 20 percent today go beyond what’s on the plate.

Is it school cafeterias? It’s where almost half of the nation’s children eat lunches found to exceed federal limits for saturated fat.

Is it parents? A little less than 40 percent of adults are affected by obesity.

Is it culture? U.S. diets are known for hefty portions, high-calorie foods, and sugary drinks.

“It’s all of the above and more,” said Stephen Pont, a childhood obesity expert and medical director of the Office of Science and Population Health at the Texas Department of State Health Services.

“That’s why it’s complicated to find one solution,” he said.

There’s the obvious: Parents walk less and sit more, modeling sedentary habits that no amount of healthy eating can overcome.

Similarly, there’s less physical activity in a child’s day, with screens a bigger part of young lives both in school and at home. Busier lives also leave families with less time for moving around, including all the steps needed to prepare fresh, healthy meals.

When families are economically challenged, they’re often more likely to live in a neighborhood with a higher crime rate, which may bar them from enjoying nearby parks or time outdoors.

There’s often less access to grocery stores with high-quality foods. To adapt, families may form cooking habits that depend on more processed foods and, over time, family recipes become more void of nutrition.

“Some of these problems require bigger-picture solutions and are beyond what any one person can solve,” he said.

The effects on health are just as varied.

Type 2 diabetes was once seen only among adults but is now growing among children. Heart conditions are more likely, as is sleep apnea — a condition that hinders breathing and can lead to heart and lung failure.

“We typically think of alcohol with cirrhosis, but being overweight early in life can scar the liver too,” he said.

Other pieces that contribute to weight include genes and age, which can’t be changed. But with patience and positivity, family habits can.

“I believe anyone has the potential to help themselves. We have to think about how to make it easier to do that,” Pont said, and highlighted family engagement and a positive attitude to get there.

“It takes a while to get obese. It takes time to unpack that. What doesn’t work is crash dieting, shaming or blaming. Instead, build momentum on small changes.”