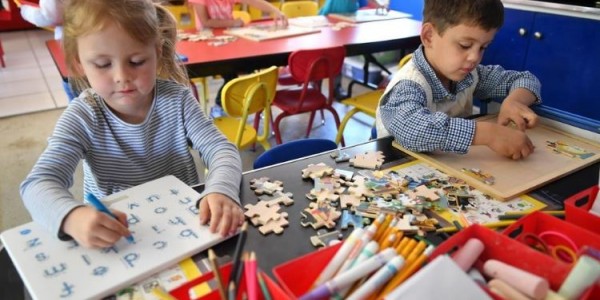 The current method of evaluating voluntary prekindergarten providers would be scrapped in favor of a process that has gained widespread support.

Legislation that could reshape how Florida’s 11,000 voluntary prekindergarten providers are assessed received strong support during a subcommittee hearing this week.

Grall said her bill, which received unanimous support in the House PreK Innovation Subcommittee Tuesday, stemmed from months of conversations with VPK providers, parents, kindergarten teachers, and the state’s Office of Early Learning and Department of Education.

“This is not ‘Erin Grall stands here and presents her idea created in a vacuum,’” she told the subcommittee.

The legislation would overhaul how VPK providers are evaluated. Currently, all Florida kindergarten students take the STAR Early Literacy Assessment during the first month of school. The test scores of children who attended VPK are linked back to their VPK provider. Providers must have at least 60 percent of their alumni pass the test to avoid probation -- which brings with it bad publicity and can require providers to buy new curriculum, retrain their staff, and potentially lose their VPK contract.

The stats seemed to be an indictment of a failing voluntary prekindergarten system -- further upsetting providers who have seen their state funding reduced by 19 percent since 2007, once adjusted for inflation.

But several of the state’s early learning advocacy groups said the test was the real problem -- not the providers.

The chief complaints were that children took the test months after completing VPK and their score was only a snapshot that did not measure progress. Advocacy groups and providers also said giving kindergarteners a test on a computer was more of an indicator of how comfortable they were using technology rather than a good assessment of reading ability. The Florida Association for the Education of Young Children issued a statement last July critical of the state’s process, with the United Way of Florida, Florida Head Start Association, The Children’s Forum, the Florida Association for Child Care Management, the Florida Family Child Care Home Association and the Children’s Movement of Florida all signing their support.

Brittan Birken, strategy officer for the University of Florida Lastinger Center, said the lack of growth measurement was one of the main problems with the current evaluation model.

“A child may make a year’s growth in a year’s time, but if they came into VPK a little developmentally behind, there is no accounting for that,” Birken said. “That is not an accurate representation of the program’s quality.”

Julia Musella, a Pompano Beach VPK provider who dropped her VPK contract with the state because of the new assessment, said the test had alarmed parents when they heard of the high failure rate. In June she established “I am Ready,” early-learning advocacy that has called for several of the changes that the legislation would enact.

“I felt that it was so unfair,” she said. “I didn’t want to be subject to 4-year-old taking a test on a computer.”

The proposed legislation would not eliminate the STAR assessment, but instead of children taking the test in kindergarten, VPK providers would administer it at the end of the VPK term, and children would take it on tablets rather than computers. The bill would also create a formula for determining provider effectiveness that takes more into account than one test score. Grall proposes a formula that combines a child’s score on the STAR assessment, learning gains indicated by an assessment given to VPK students at the beginning and end of the VPK year and the results of a program evaluation that measures how well providers interact with children.

“A process that more effectively measures the progress of children and their readiness will be beneficial,” Kahn said. “In general, there is a lot of support for that.”

While the bill received strong backing from several early learning advocacy group representatives attending the subcommittee meeting, one objection was that moving the STAR administration from the first month of kindergarten to the end of VPK would mean the state no longer had a standardized method of measuring the ability of all kindergarten students.

The next stop for the legislation is the education appropriations subcommittee. Sen. Gayle Harrell, R-Stuart, has filed a companion bill in the Senate.