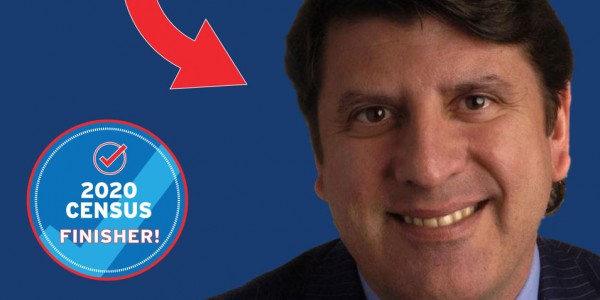 Be Counted and Be Heard

Editor's Note: There are only six weeks left to complete the 2020 Census. If you've already completed it, kudos to you! Please continue to make a difference by reaching out to family members, neighbors, and others in your network and encourage them to complete the census by visiting https://my2020census.gov/ or by calling 844-330-2020. Would you like a census background for your virtual meetings? Access an assortment of TPF's (unbranded) census backgrounds HERE.

I want to be counted!

I want to be heard!

Those cries — those pleas, those demands — form the refrain of responses to recent authoritarian violence against Black Americans in particular and the lingering, if not concentrating, presence of racism in the United States.

Two entitlements protected by the U.S. Constitution — the right to be counted, literally, as part of the census, and the right be heard through voting — are particularly relevant this year because of the decennial count and one of the most important presidential elections ever.

Both rights, especially the ability to cast ballots in elections, are frequently under siege.

True, participation in the census is not an affair made for cable television. But it affirms one’s physical presence in the United States and, in many cases, leads to the distribution of tax revenues. Much of the revenue distributed with the aid of census data helps fund health, education, and other social services that many protesters and reformers insist are necessary and should be increased exponentially.

Voting has the potential to be a more frequent exercise than filling out a census form in print or, now, online, every ten years, or casting a ballot every four years for president.

(Think about the multitude of chances to vote — in federal, state, county, city, and miro-local races, such as soil and water conservation districts and mosquito-control boards.)

During my 30-plus years as an opinion editor, I was frequently taken back by eligible people who failed to even register to vote. The concern was compounded by those who said they voted only once in four years — in the general presidential election. This practice was particularly rampant among younger Americans.

Nationwide, the 60-plus age group has had the highest voting rates in every biennial election, with federal offices at stake, since 1986; the 18-29 cohort has been equally consistent, with the lowest rates, at least 20 percentage points behind the oldest group. Overall participation rates drop precipitously in local elections, and, with some exceptions, the significant gaps in voting between age groups persist.

State and local general elections and primaries are nevertheless important. Their outcomes determine how, and to what extent, public education is funded. One of the most vital tasks of the Legislature — drawing district boundaries for state House and Senate seats — determines whether racial minorities have a fair shot at being elected.

County and city commissioners elected locally set property tax rates and perform other duties that directly affect individuals and neighborhoods — including funding and overseeing law enforcement agencies. School board members also levy taxes and decide which students go to the highest-performing schools. Furthermore, the results of local elections help political parties build a network of candidates up and down the wide spectrum of offices.

In other words, voting can be a one-time proposition or, better yet, part of a civic habit, one that seeks to build influence — and provide a voter with a voice — over time.

Neither participating in the census nor voting in elections guarantees instant or revolutionary change, but their exercise provides Americans with opportunities to be counted and to be heard: Aren’t those opportunities at the heart of today’s political debate?