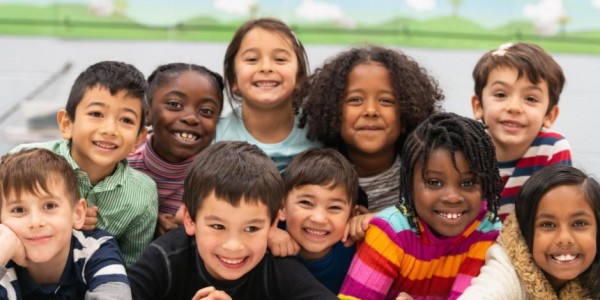 Aspirations Journalism: It's not too early to talk to children about race

Posted on January 06, 2020 by Kim Doleatto, Herald-Tribune Media Group
A recent study shows that just 10% of parents discuss race often with their children.

For the first time, less than half the nation’s children younger than 15 years old are non-Hispanic white, but adults are still reluctant to talk with them about race.

That’s one of the findings of a recent report by Sesame Workshop that revealed too few parents and teachers talk to children about race and other identity traits.

The findings are based on a survey of 6,070 parents of children ages 3–12, and 1,046 teachers from preschool to fifth grade.

One reason may be that adults assume young children don’t consider it, but as early as 6 months, infants have been found to make more positive connections with own-race faces than with others, according to researchers from the University of Toronto.

According to the parents surveyed, the most common reason for avoiding the topic was because they didn’t feel comfortable talking about social identity.

“They may believe talking to their children explicitly about race reinforces the belief that other groups are different, and they want to be color blind,” said Allison Master, a research scientist at the Institute for Learning & Brain Sciences at the University of Washington whose work focuses on early child achievement and identity development.

But while the population is diversifying and segregation still pervades many schools and neighborhoods, the risk of buying into stereotypes and bias is increased, especially when adults don’t intercept the natural tendencies young children have to categorize based on differences.

According to the survey, 46% of Muslim parents, 40% of black parents, and 32% of Asian parents said their child heard a negative comment at least once.

“If you don’t talk about race with them, they may end up absorbing the mores and prejudices of the larger society, even if parents don’t hold those stereotypes to be true. That’s why it’s important to talk explicitly with them from the beginning,” said Susan Linn, a research associate at Boston Children’s Hospital and psychiatry lecturer at Harvard Medical School.

The effects of avoiding race in conversation can trickle down into a child’s sense of self-value and interrupt early learning and the groundwork for positive lifelong outcomes.

“There’s a link between experiencing bias and negative outcomes. If you’re a student of color and you’re worried your teacher has a bias against you and you feel you don’t belong there, that has a negative impact at school,” Master said.

“Acknowledging race is not a racist thing to do,” she added.

Here are some tips from the survey, Linn, and Master to start the conversation:


This story comes from Aspirations Journalism, an initiative of The Patterson Foundation and Sarasota Herald-Tribune to inform, inspire, and engage the community to take action on issues related to Age-Friendly Sarasota, Suncoast Campaign for Grade-Level Reading, National Council on Aging and the Suncoast Nursing Action Coalition.