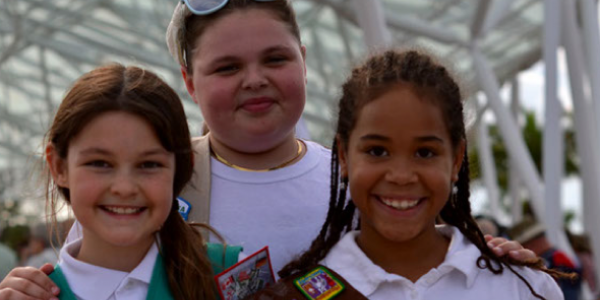 Learning history and patriotism by studying the American flag

Editor's Note: Tom Piazze is a retired Lieutenant Colonel, United States Army and is currently the chair of the Stars & Stripes Foundation.

At its annual meeting in November 2012, the Military Officers Association of America (MOAA) presented to its membership for approval a list of 14 resolutions that would guide its efforts for the foreseeable future. One of those resolutions focused on future actions MOAA would take to stimulate respect and loyalty for the United States Constitution and American flag among the general public. This same resolution encouraged MOAA Chapters across the country to sponsor efforts to educate America’s schoolchildren on the origin and meaning of the flag, flag etiquette, and patriotism.

I was intrigued by this particular part of the resolution because I assumed these subjects were already being taught in Florida schools, much like they were when I and my children were in elementary school.

A quick bit of online research confirmed that the Florida State Legislature mandates flag instruction, with emphasis on flag etiquette, the Pledge of Allegiance, the Constitution, patriotism, the free enterprise system and good citizenship. However, in follow-on conversations I had with Sarasota County School District administrators, I learned that many elementary schools in Sarasota County are not able to comply with this requirement due to a lack of resources.

Honoring our country through a Flag Initiative

The announcement of The Patterson Foundation's Legacy of Valor campaign in 2013, and its overarching goals of honoring veterans, inspiring patriotism and embracing freedom, offered a real opportunity to correct this deficiency.

With the approval of the Military Officers Association of Sarasota board of directors and as part of the Legacy of Valor campaign, I submitted a concept to The Patterson Foundation suggesting that MOAS take the lead in orchestrating the development and execution of a multi-faceted educational program that focused on the origin and history of the American Flag and the proper etiquette and respect that should be afforded it. The concept was accepted pending further development.

The centerpiece of the American Flag Protocol Initiative has to be its academic curriculum, which consists of 10 50-minute lessons, nine of which are to be presented to 4th and 5th grade students throughout Sarasota and Manatee counties by their assigned teachers at some point during the academic year. The first nine lessons include the following topics:

Lessons 1-2: Understanding the origin of the American Flag

Lesson 3: Meaning of the Flag

Lesson 7: Respect for the Flag

Lesson 10 is presented by a visiting instructional team comprised of a volunteer veteran, JROTC Cadets from the Sarasota Military Academy, Sarasota, Booker, Riverview or North Port high schools or the Young Marines Program from Venice Middle School and Senior Level Scouts from the Girl Scouts of Gulfcoast Florida.

The lesson is designed to include a brief review and “knowledge check” of the material contained in the first nine lessons, a flag-folding demonstration and exercise that allows all students to do some hands-on training, and a brief presentation regarding service to country and community given by the veteran. Finally, a short graduation ceremony includes awarding Certificates of Completion and brochures entitled “Old Glory” to all participating students by the veteran representative.

It is important to mention that the entire curriculum was designed to be exportable and was made available to other MOAA Chapters nationwide for implementation in their local school systems. Currently, MOAA Chapters located in Highlands, Volusia, and Manatee counties in Florida received the curriculum and chapters in Kansas, Georgia, Connecticut, Missouri, Arkansas and Minnesota report that they are also beginning work to implement the curriculum in their hometowns.

Earlier this year, two members of the curriculum development committee (and teachers at Lamarque Elementary School in North Port) that developed the Flag Initiative curriculum were invited to host a breakout session entitled, “How did the US Flag Evolve,” at the 2016 National Council for History Education Crossing Borders Conference April 21-23 in Niagara Falls, NY.  Teachers, historians and university faculty from around the country will also learn of our efforts, receive various pre-made flag lessons, including historical documents, and hopefully be encouraged to start their own programs in their local areas.

For more information regarding The American Flag Protocol Initiative, and other components of the program, please visit our website at www.starsandstripescelebration.com.